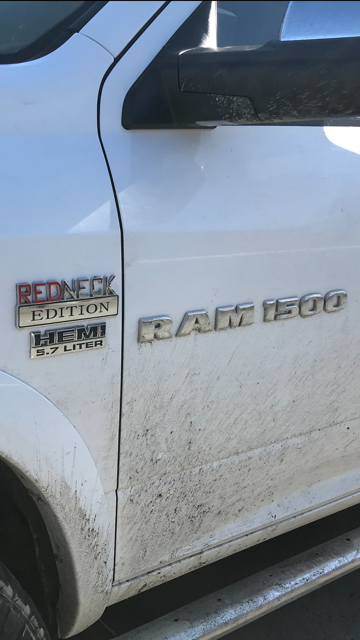 What a contrast. In Calgary a major and storied Canadian energy company just proved money has no alliance. Encana changed its name, packed its bags, and self-identified as a US enterprise. The city’s commercial vacancy rate of 20% got a little worse.

In Washington Trump did a jig as the latest jobs numbers flowed in. Wow. Forecasts for 85,000 new hires were blown out of the water. Despite a strike by tens of thousands of GM workers, America added 128,000 new positions. Unemployment at 3.6% is still considered ‘full’ employment. Wages grew 3%. Upward revisions added 95,000 jobs to previous months. Black unemployment at a record low (5.4%). Economic growth is a respectable 1.9%. Consumer spending is plumping at almost 3%. Stock markets at record highs. The Fed’s on pause. Trump laughs at impeachment while preparing for a second term.

This was a message some people were trying to send during the election campaign which ended October 21st. Money has no patriotism. Whether it’s a company struggling in a high-overhead country more concerned with social spending than infrastructure or a doctor facing a 54% tax rate, the incentive to leave augments. When houses in Toronto and Vancouver cost seven figures and rents rage, employers are under constant pressure to goose salaries. The result is dangerous. Household debt climbs. Savings fall. People live on the edge. We end up with a condo-and-cannabis economy.

Now, drama aside, it’s clear our two countries are on divergent paths, and the dudes running Encanaa made a studied, deliberate choice. This is why that ridiculous idea of Wexit has gained traction in the last dozen days, and why the T2-Dipper gang in Ottawa may be in for a rocky path ahead.

The American jobs numbers are significant. They prove the Fed was right. No more rate cuts are required. They show if the US-China spat is solved, or even toned down, that economic growth can romp. Lots of new positions, increasing wages and stable labour force participation suggest that even in Year Ten of an economic recovery, things are juiced. And they point increasingly to a second Trump term. “As markets internalize that,” says analyst Ed Pennock, “they will move higher.”

Indeed, bond yields are falling. Bond prices are rising. Preferreds may be the buy of the decades. And equities are marching upward in a trajectory that promises more highs for the Dow, the S&P and even Bay Street. So far this year stock markets have returned double digits and could touch 20% by year’s end. Balanced, diversified, boring, lower-risk portfolios are up more than ten percent, and that Christmas slaughter of 2018 is a distant memory. Too bad for those wusses who turned paper declines into real ones a year ago or fled to the torpor of cash.

But, but, but. What about Mapleville?

Well, it seems clear we’re entering into a new phase of discord. The hairy, salivating beast of sovereignty has risen again with the rebirth of the Bloc Quebecois as a strong nationalist voice. The anger in oil country and environs has spawned the rise of Wexit and the Bloc Rednecois. The October election showed the fracturing of Canada along regional lines as well as the urban/rural split. It’s sad. But no surprise. Leaders roared around trying to suck off votes by giving people more social programs and government goodies instead of nation-building. None spoke about what binds us. It was all about bribes. And, as a people, we responded that way. Now we reap the result.

There’s little doubt the Libs will have adopt a coalition position to govern. Representation from the West will have to come through an unelected senator, or PMO staff. Maybe crusty Ralph Goodale will be the Trudeau chief of staff. Maybe even that lone NDP MP from Edmonton will find herself in cabinet (wearing a wire for Jag). Also pretty certain is the troubled future of young Andrew Scheer, now that Peter MacKay (and others) are gunning for him. Perhaps in Canada the Harper model of social conservativism is simply kaput. No northern Trump. Instead a return to the middle as the PC brand re-emerges.

Or, then again, we might just fly apart. The hippies and Dippers in BC. Heathens in the middle. Snowflake millennial metrosexuals in the GTA. Separatists and hockey players in Quebec. And, of course, Lunenburg.

Seriously, expect turmoil. And taxes. Canadians have just elected the most left-leaning set of politicians in its history to form government. Americans seem likely to embrace the opposite. And now they get Encana.