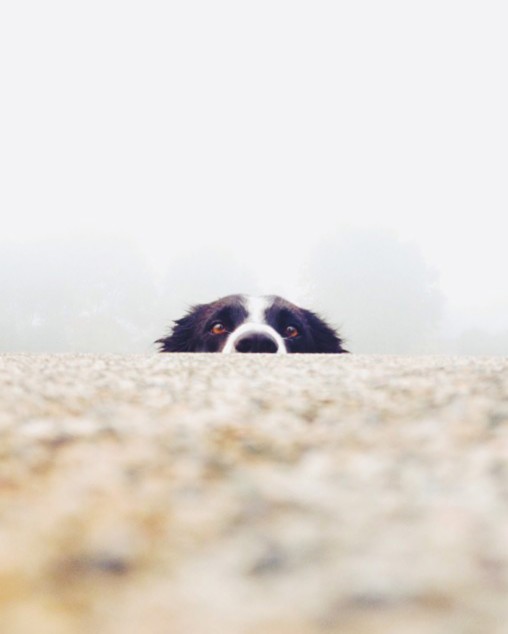 Because it’s tiring being pissed off and victimized all day, let’s move on from Wexit. Alberta will not leave Canada, of course. Neither that flat province next door. Nor Quebec. There’s simply no economic scenario in which people don’t get incredibly poorer by carving a country up. And the US will never absorb our sore bits.

Anyway, we have the formula for political turmoil. Liz May just threw in the towel. Young Andy Scheer has the PCers sharpening their knives. T2 is damaged goods. The Bloc dude is looking strong, but regional, and Jag wisely just disappeared. Mexico again, or something. What a bunch.

So let’s drop politics and focus on money. Way less contentious. Unless you’re a wuss.

One professional wuss I know is a financial advisor who has been sitting on his clients’ money for three years, “because things are just so expensive.” He believes the headlines about inverted yield curves, the inevitability of a recession (some day) and reads Debbie Downers like the permanently scared David Rosenberg. He does not invest client money, while still taking a fee to sit on it, and calls it caution. Meanwhile the world moves on. New record highs in 2019. And no clouds in the sky.

There’s a golden rule worth remembering. Don’t bail when records are being made. Especially lots of them. So far this year the S&P 500 is ahead 22%. Europe has gained 15%. Bay Street has added 16.5%. China’s up 9%. The Dow and Nasdaq at record levels. Best performance in six years. And reason to believe there’s more to come. 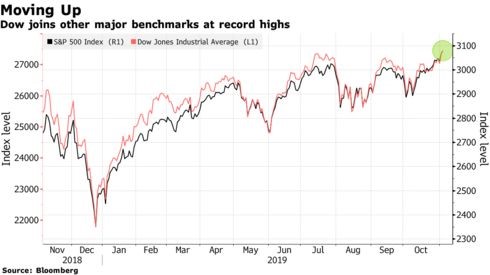 As this pathetic but well-endowed blog told you, we are getting a US-China trade deal. Yes, the war will be over. Or at least truced. Trump may be an unpredictable, quixotic, egocentric boor of a guy, but he’s also a political animal. No way he’s going into the 2020 election without a China deal, record low unemployment and record market indices. That’s his plan.

This week Commerce Secretary Wilbur Ross said as much. There will be a ‘phase one’ trade deal with Beijing this month. The signing ceremony will be on US soil. And Washington is about to green-light licenses allowing American companies to sell to the Chinese tech giant and much vilified Huawei.

Stocks went up. Bonds went back down. Yields are on the rise again after the Fed signaled rate cuts are pretty much done. Meanwhile corporate earnings have been much stronger than expected, even if the McD boss was diddling an employee. Saudi Arabia is about to unleash a monster IPO as oil giant Aramco stock hits markets next month. And we’re now into the strongest six-month period of the year (traditionally) for financial markets.

Meanwhile, as mentioned, Mr. Market has decided that despite his many warts, Trump will be president for another four years. The Dems have drifted too far left, are scaring people with talk of wealth taxes, and Trump’s been solidifying, energizing and strengthening his base. In fact the whole impeachment thing likely plays into his us-and-them, drain-de-swamp narrative. Of course a 50-year-low unemployment number doesn’t hurt.

So, a balanced, diversified, liquid, boring, all-ETFs-no-stocks portfolio is up double digits in 2019. Those who sold into the storm at the end of 2018 out of fear were their own worst enemy. Advisors afraid to invest have missed predictable gains. And once again we have evidence that timing markets simply doesn’t work. The best strategy is to invest when you have the money, and stay invested until you need to spend it.

Finally, while we little morally-superior beavers love to dis Trump (it’s not hard) he’s saved people from themselves. Canadians today carry more debt than ever, while saving desperately little. Personal finances are piteous and almost half of families have $200 or less left at the end of the month. A recession now would be an economic disaster, since many families have nothing in reserve. House-rich and asset-poor, living in a condo-and-cannabis economy, the last thing people need is a crumbling job market.

The orange guy, it seems, has pushed back that inevitable downturn (after ten years of expansion). It’s a reprieve. Make the most of it. You still don’t need to like him.