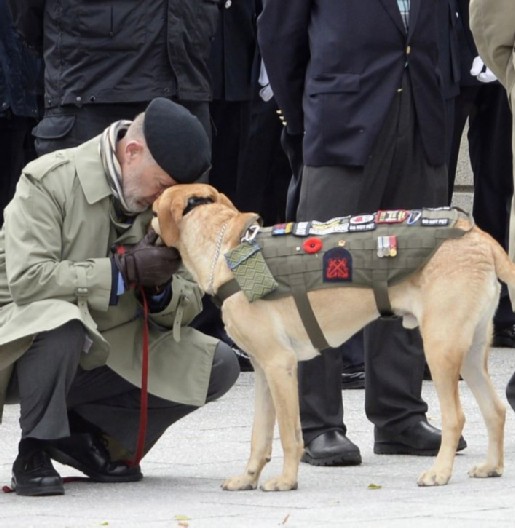 When the wildfires started again, early, in California President Trump blamed the state for not raking enough. ‘The forest is a mess,’ he said. Maybe so. But the region just went through seven years of drought. Meanwhile July was the hottest month, ever, for the Earth. The last five years have been the hottest five in recorded history.

Dorothy and I were chatting about weather on the weekend. It’s snowed in Ontario and been plus 15 in Nova Scotia. Weirdness for November. The discussion moved into our lives, as we’re the same age. When we were born 2.3 billion people lived. Now the population is 7.7 billion. Same planet, 235% more humans.

Since we were married in 1971 (‘Brown Sugar’, ‘Riders on the Storm’, ‘Imagine’) the number of wild animals has declined 60%. After those 48 years there are three billion fewer birds. Nineteen species alone have lost 50 million members. Over the course of history up to 5 species of creatures a year have gone extinct. That’s now has risen to several dozen – a day. Insect mass is falling 2.5% annually. At that rate, in a century, there’ll be none. No natural plant pollination.

The above, as far as I can ascertain, is fact.

Now, has the climate changed because of people, or because of God? Is it actually altered, or just different weather? What, if anything, can be done about it? What happens when there are ten billion people? Or will tech changes allow infinite growth?

The preponderance of science backs the theory people have changed the planet. Predictions are dire. They’ve spawned climate strikes, enviro warriors like little Greta, Trudeau carbon taxes, the EV craze and angst in Alberta. The debate has hardened. Polls show most people believe there’s a climate problem, while a loud minority cry it’s a hoax. Currently the most powerful single man on the planet is in the latter camp. As a result, the global emissions that science blames for climate change largely continue.

People having babies take a leap of faith, of course. The world in thirty or fifty years could be one of dramatically altered weather, rising sea levels, more storms, impacted agriculture and big economic consequences causing wide population shifts and mass migration. Or, on the other hand, nothing will change. Parents need to decide – if they even think about it.

Research suggests climate change will increase the wealth divide. Developing countries with denser populations and more limited resources in areas where temperature may rise the most will be zonked. Rich western nations may do better. It’s a recipe for conflict. The OECD says climate change will reduce the global economy by between 2% and 10% in the next three decades. To put that in context, the 2008-9 economic crash which almost ushered in a deep recession saw a 4.2% drop in America’s GDP.

Well this post is not written to tell you that man-man climate change is real. Or that it’s not just weather. Or suggest you don’t have babies. Nor whether you should believe Greta, the United Nations and most scientists, or Donald Trump and all the people in the comments section below. It merely seems like prudent risk management to consider that the years you have until retirement, or in it, or the lives of your children, could be a lot different. Blackrock, the giant financial outfit, says almost $4 trillion in US bonds could be impacted by a changing climate and the impact on cities like New York.

One of the major hits could involve mortgages. The Fed Bank of SF says long-term (30-year) home loans could simply be unavailable in large regions. Lenders are reassessing the risk in holding real estate as security in areas increasingly at risk for wildfires, floods, violent storms, local economic disruption or drought. In a conference call Friday the bank detailed the risks of an evolving planet. In some places, it said, there will not be a real estate market at all.

“The result: Entire neighborhoods would empty out, leaving cities unable to shore up their crumbling roads and bridges just as severe weather events become more extreme and more frequent. Home values would fall, potentially depleting the budgets of counties and states. For most people, being unable to get a mortgage in a given neighborhood would rule it out as a place to live. But population flight is a best-case scenario when it comes to the financial system.

“If banks don’t recognize the danger of flood risk and keep lending only to have flooded homeowners default on their mortgages, the events could lead to a cascade of negative events akin to the housing collapse in 2008, which set off the worst recession in 70 years.”

Well, as you know, when the US real estate market tanked the global economy faltered. Governments went into the red zone. Interest rates tanked. Debt exploded. Unemployment spiked. Corporations were bailed out to save jobs. That was a temporary event. Could we deal with a permanent one?

Just a thought, as we recall the stunning sacrifices of past generations to save the world.