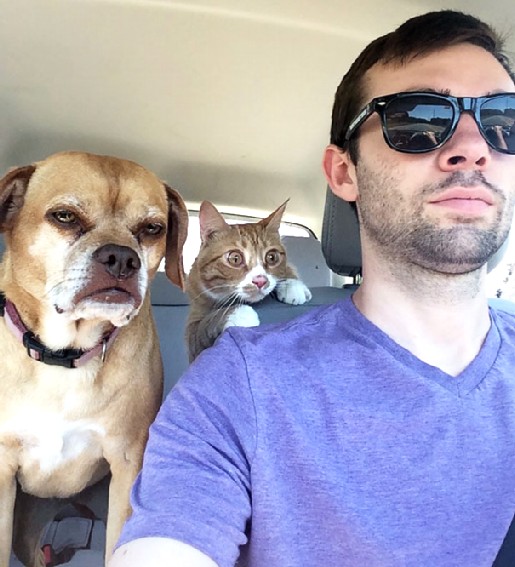 The average tat costs about $200. So soon you can have a new one, thanks to Justin Trudeau’s government (he has a few). In the coming days the feds will table legislation to cut some taxes by increasing the basic personal exemption to $15,000.

That means no tax on that first fifteen grand (a $2,000 hike) so people earning less than $147,000 will see a small reduction in federal tax – about $600 per year per household when implemented. This will further remove some people from the tax rolls and cut federal revenues by $15 billion over four years, Scotiabank figures. You can be assured the shortfall will come from taxes on people earning over $147,000 annually.

Of course, there is more coming. The T2 gang are now propped by the NDP (they want a wealth tax on top of income taxes) and the Bloc dudes, who hail from the highest-tax jurisdiction in the land. Likely targets are a higher inclusion rate for capital gains, some diddling with dividends, more grief for small business owners and professional corps, plus yet another whack at the $250,000+ income crowd. According to the latest StatsCan numbers, there are just 245,000 people in this category. That’s 0.65% of the population. In the US 5% earn that much (and in American dollars).

The conclusion: we don’t have enough rich people. If the 1%ers pay 50% more tax per capita than everybody else, don’t we need more? Now that 40% of families pay no net tax (and this week’s changes will increase that) it probably doesn’t make sense to create incentives for people (like medical professionals) to leave. But logic and politics don’t mix.

Anyway, this is all a reminder to the affluent and successful to exploit the tools you have left. The TFSA. The RRSP and the RRIF. A RESP or RDSP. Preferential rates on investment assets. Income-splitting with spousal RRSPs or low-interest family loans. Trusts, estate freezes or tax-deductible mortgages. If you earn over $150,000, you’re the enemy. Arm yourself.

A tale of two cities: Urban Montreal has 4.1 million people. Greater Vancouver has 2.4 Million. The average house price comparison: $350,000 vs $993,700. In Montreal last month sales increased, listings fell and condos were flying off the shelf at an average price of $290,000. In Vancouver, apartment sales were also way up while the average price of $651,500 was down 4%.

The median household income in Vancouver is $86,100. In Montreal it’s $82,000. So why are people in one (smaller) city willing to pay three times more for a house?

Sure, the climate’s better in BC. And Montreal is bilingual. Quebec has a long history of flirtatious separatism (take note Alberta), which has certainly repelled investors. But mostly it comes down to local culture. More than 45% of Montrealers rent, which is 10% more than Vancouver. There is no shame in the country’s second-largest metropolitan area in being a tenant. In fact it’s practically a city-wide party every July 1st when people move from one apartment to another. Moisters in Van seem to crave a Forever House to croak in. On the shores of the Saint Lawrence they get off on variety. Maybe it’s a French thing. Or perhaps BCers have turned into brain-washed property slaves.

It could be telling that this story got a lot of press in Van recently:

Forget paying for your home — in some Vancouver neighbourhoods it could take you as long as a century just to save up for a down payment. The findings were calculated based on median household incomes before taxes and benchmark home prices for detached homes and apartments, according to real estate firm Zoocasa.

“In the three priciest luxury neighbourhoods including Richmond, Vancouver West and West Vancouver, where benchmark home prices range between $1.5 to $2.9 million, it would actually take more than 100 years to come up with the needed funds,” wrote Penelope Graham, managing editor of Zoocasa and author of the report.

The point is not to compare Montreal with Vancouver. You can’t. Don’t even try. But if you choose to stay in a crazy, obsessed place, stop complaining. 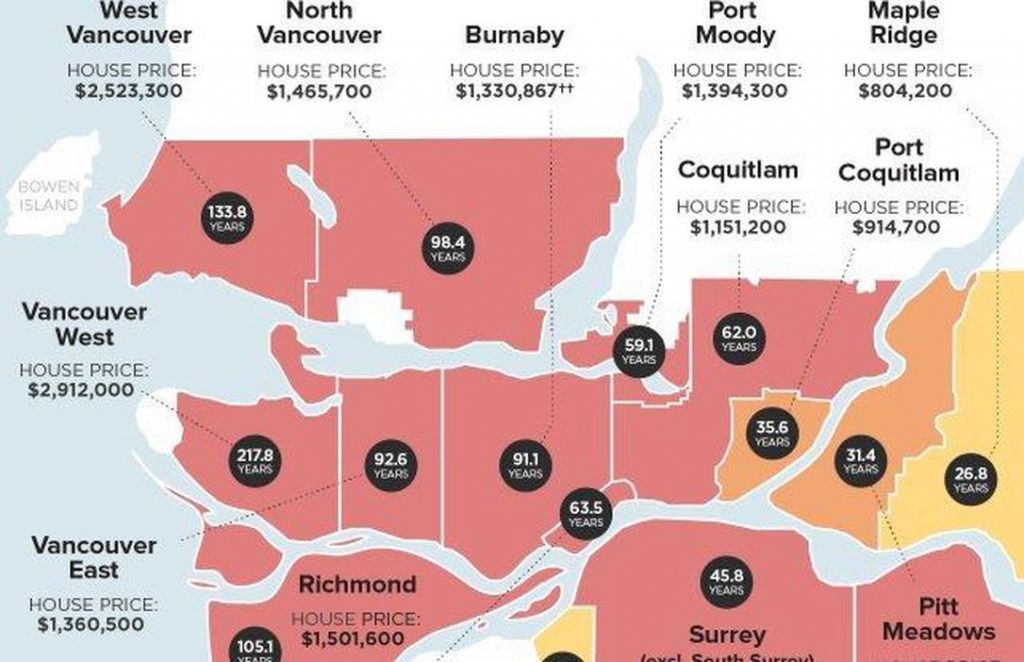