Thank god my kids aren’t yet teenagers; however, my seven-year-old daughter is already asking for a cellphone, so I’m getting a sense of what’s in store for me. I’m probably doomed.

So, for those of you who do have teenagers I won’t presume to offer advice regarding how to talk to them; however, eventually all parents will have to have ‘the money talk’. And here I might be of service. Below I offer my best advice.

Explain to your teenager where money is really concentrated. Teens frame the world around their own interests and through their own social-media experiences. Therefore, they often focus on celebrities and music. Teenagers think that wealthy means Taylor Swift, or Jay-Z and Beyoncé. Point out that the real wealth is held in the financial industry. The below chart shows how much top-celebrity-earner Taylor Swift made in 2016 versus what some of the most successful hedge fund managers made. Needless to say, there’s no comparison. This doesn’t mean that you should point them towards a future in finance. Far from it. There are already too many of us in this business. The world needs more artists, musicians and poets. However, it’s still important that they understand where the real wealth lies. 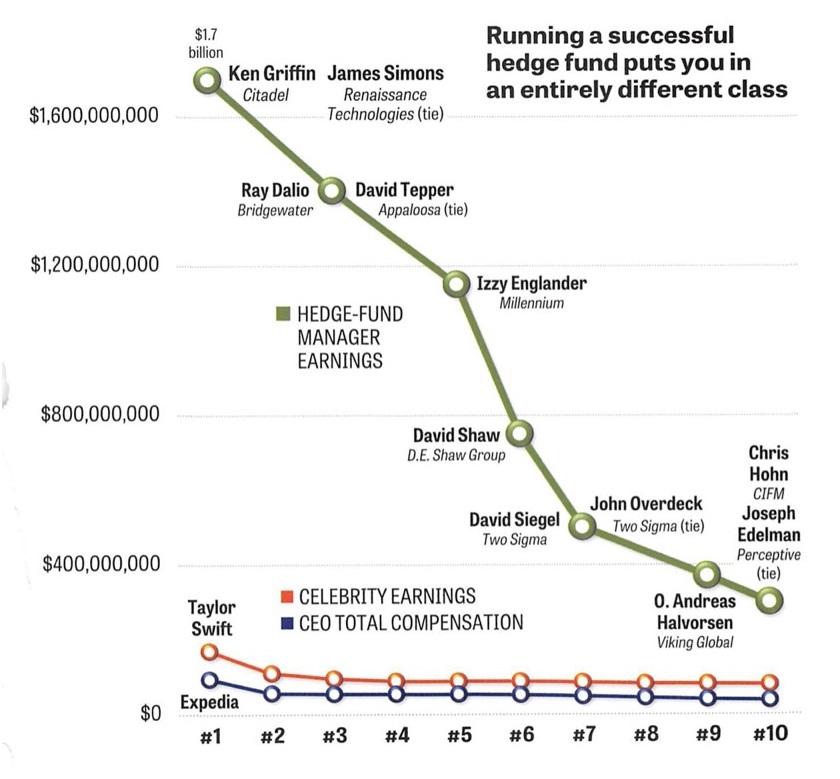 Teach them that markets sometimes go down. We have many clients who are inexperienced investors, which, of course, is fine—it’s our responsibility to educate them about market volatility. However, ideally, clients have already learned, long ago, that volatility’s a normal, in fact, expected, part of capital-market investing. Bad stretches occur every year, but the vast majority of the time markets end up in the black. Educate your teens that negative intra-year periods occur regularly, but that they shouldn’t become unsettled by this temporary weakness. The chart below from JP Morgan is a great visual to show young investors. Intra-year market drops for the S&P 500, the world’s largest equity benchmark, are a constant reality and sometimes they can be severe, but seldom do they result in the full calendar-year returns also being negative. Stay invested. Markets need to take breathers but virtually always move higher in the long run.

S&P 500 intra-year declines vs calendar year returns: despite average intra-year drops of 13.9%, annual returns have been positive in 29 of 39 years.

Questions on first investments? Suggest health care. When you’re a teenager you assume that you’ll live forever and you surround yourself with other young people, so it’s easy to lose sight of the fact that the world is, relative to a teen, a much older place and rapidly getting more so. If teenagers think about investing at all, it’s usually in the context of what they’re familiar with. For example, “I use Uber, so that must be a good investment.” (You might explain to them that Uber has, in fact, been a terrible investment.) Encourage them instead to think long term and to broaden their lens. As the chart below shows, the global aging trend has dramatically accelerated in recent years and will continue to do so. Health care is critically important to an ageing population. It’s no coincidence that over the past 10 years the S&P 500 Health Care Sector Index has returned 285% on a cumulative total-return basis, easily outstripping the still-impressive 248% gain of the S&P 500. More so than us parents, your teenager will fully benefit from the upcoming, multi-decade shift in global demographics. Over time, your teenager can (and should) continue to add more diversification, but health care is a reasonable first investment and it creates more interesting talking points than a plain-vanilla balanced fund. 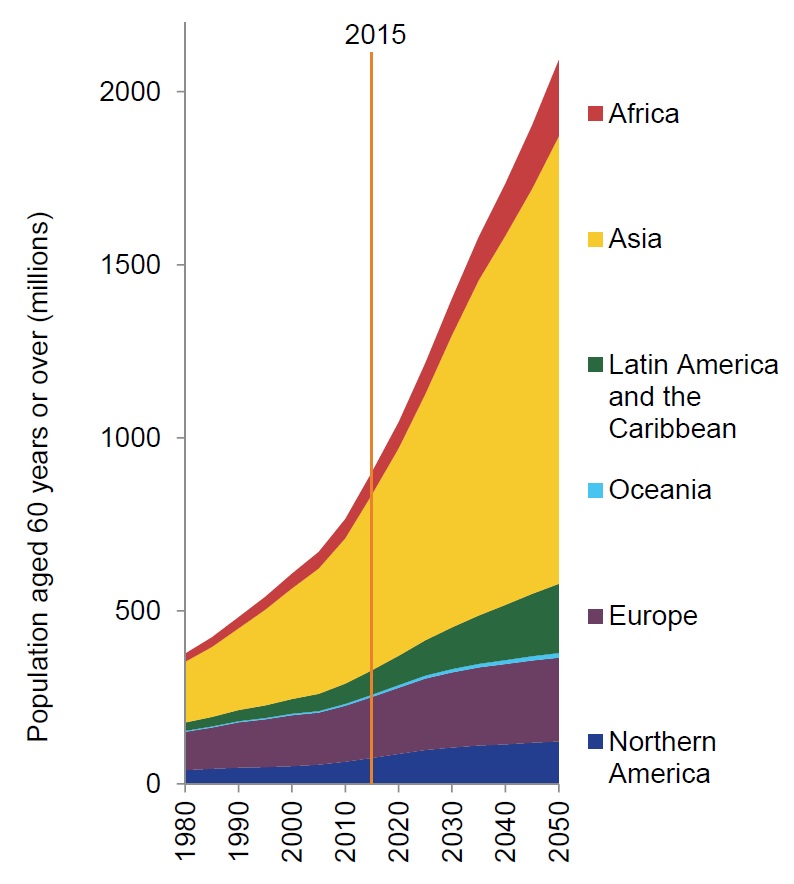 Have them open a TFSA. You’re allowed to open and contribute to a TFSA once you turn 18. You don’t even need a job (earned income) to start contributing to one. Though the contributions made to a TFSA are not tax-deductible, the investment gains within a TFSA are not subject to capital-gains taxes. Tax deductibility isn’t a big priority for most teenagers anyways as they likely aren’t earning much and are probably in the lowest tax bracket. However, the tax-free growth is an important long-term advantage especially when you consider my next point below. The cumulative TFSA contribution limit currently sits at a meaningful $69,500.

Encourage them to start investing early. As my partner Ryan perfectly illustrated last week, through the power of compounding growth, if your teenager starts investing early and saves consistently they’ll have exponentially more money in retirement than their less-disciplined peers (see chart below). Now, I recognize that these initial savings assumptions are aggressive for a teenager, but the overall point is still clear: start early.

Investing early can have a dramatic impact on eventual retirement savings 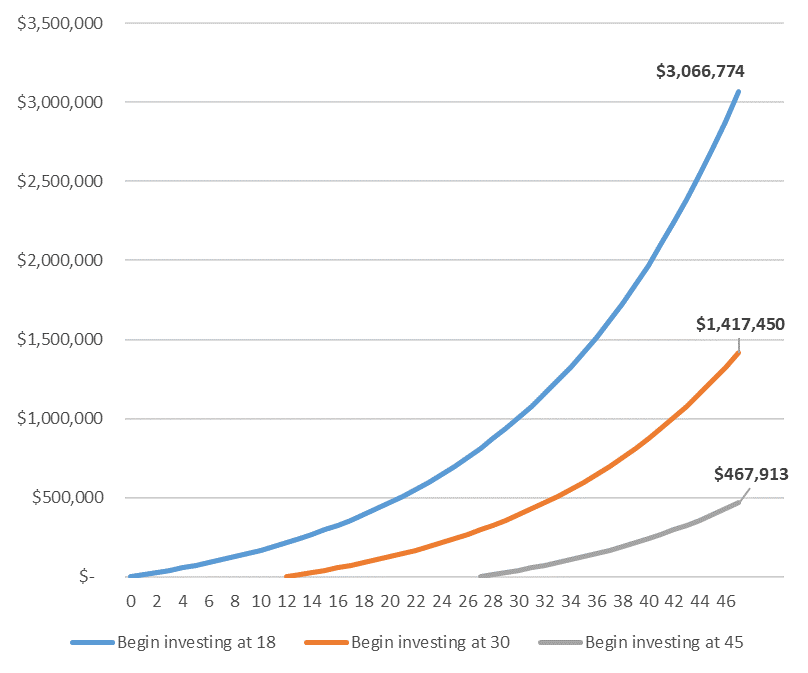 You can, however, tell them that they don’t necessarily have to start this early: 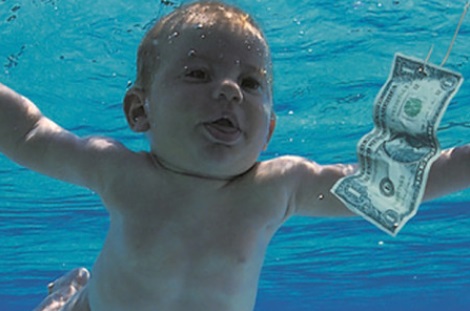 And, incidentally, why this album matters more than any other will be my daughter’s next, non-financial, lesson.