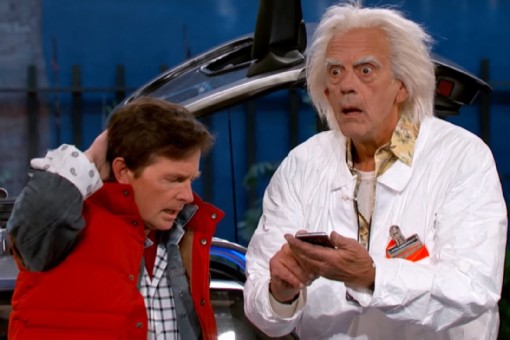 Dumping on commodities and emerging markets at the moment is like shooting fish in a barrel.

Because of the coronavirus, global growth is at a standstill with an outright recession being a virtual certainty. Meanwhile, commodity prices have been dropping faster than Dow Jones futures during a Donald Trump address to the nation. The oil price alone is down more than 60% so far this year.

I last highlighted commodities and emerging markets on this blog in December 2018, and as compelling and beautifully persuasive as my argument might have been, apparently the rest of the world didn’t see things quite the same way. Emerging markets have declined 12% since the posting whereas global equities overall have declined only 6%.

However, the underperformance of emerging markets serves to illustrate an important lesson for portfolio managers: learn to be comfortable holding positions that underperform. Every portfolio, if it’s properly diversified, will have lagging components.

Now, do I wish I could rev my DeLorean to 88 mph and revisit our emerging markets position of several years ago (and quietly delete my blog post from December 2018)? Of course. But my inability to do so illustrates the point of maintaining diversification—you will make forecasting and timing errors, but if you’re managing assets prudently, these errors should never cripple overall performance. Emerging markets sit at a 4–6% weighting in our client portfolios.

Emerging market equities have obviously failed to outperform, but we were smart enough to avoid a more considerable wager of, say, 15–20% in deference to their inherent risk and volatility.

We continue to feel that there’s an unusual disconnect between an eventual recovery in global economic growth and the current commodity price and emerging market index levels, especially in light of the massive structural changes occurring within China.

The Bloomberg Commodity Index, which represents a basket of commodities ranging from copper and oil to soybeans and sugar, remains almost 40% below its lows of the financial crisis.

Is this justified? The coronavirus is scary, of course, and much is unknown. However, it doesn’t threaten the very fabric of capital markets in the way that the financial crisis did. China, in short order, has gotten its coronavirus infection rate under control and life is slowly returning to normal. Does anyone believe that the US, with less than a third of China’s population and considerably more health care infrastructure, won’t be able to accomplish the same? And here’s another simple example of the difference between the financial and coronavirus crises: Americans, rightly so, are being encouraged to spend more time at home, but their home itself isn’t collapsing in value by 40% as they’re sitting inside it. Massive consumer leverage and reckless lending, while not cleansed from the US economy, are problems of another era. 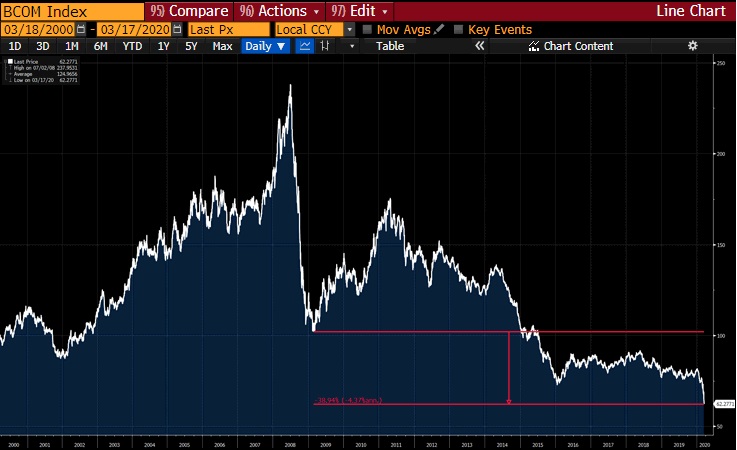 From a longer-term perspective, China, which makes up by far the largest weighting in our emerging markets ETF, continues to urbanize at a ridiculous pace (see chart). Since 2000, China’s urbanization rate has increased from 35% to almost 60%. This trend will moderate only slightly in the coming decade. As a point of comparison, the US urbanization needle has barely moved since 2000, increasing from 79% to only 82%. An urban consumer is far wealthier, of course, earning 3-4 times what a rural consumer earns. Urban consumers also have far more expensive tastes. This is a long-term trend that should be capitalized on.

Clearly, I can’t tell you the exact moment when all of these factors will reach an inflection point and translate into higher returns for commodity prices and emerging market equites, but I do know that reversals of trend are usually abrupt and last for extended periods. Emerging market equities, for instance, gained 37% annually from end-2002 to end-2007 and gained 46% annually from end-2008 to end-2010. If we were to adopt a zero-exposure stance to emerging markets, we would almost certainly be caught wrong-footed and miss a good chunk of any future rallies.

Knowing, of course, that we also lack the incredible inventions of Emmett Lathrop Brown, we build our portfolios with minimal concentration risk to lessen the impact of bad timing. But, at the same time, it’s easy to get left behind during a recovery rally, so having zero emerging market exposure wouldn’t be prudent. So, with a longer-term view in mind, if your diversified portfolio currently lacks an emerging market ETF, now might be the time to hold your nose and take a nibble.

So, be accepting of your underperforming assets. No one bats a 1,000 in this business. This acceptance will ensure that you don’t entirely neglect risky assets in your portfolio. Risk cuts both ways. An emerging market and commodity price rally will eventually occur. Don’t get left behind.

Lesson’s over. Now make like a tree and get outta here!