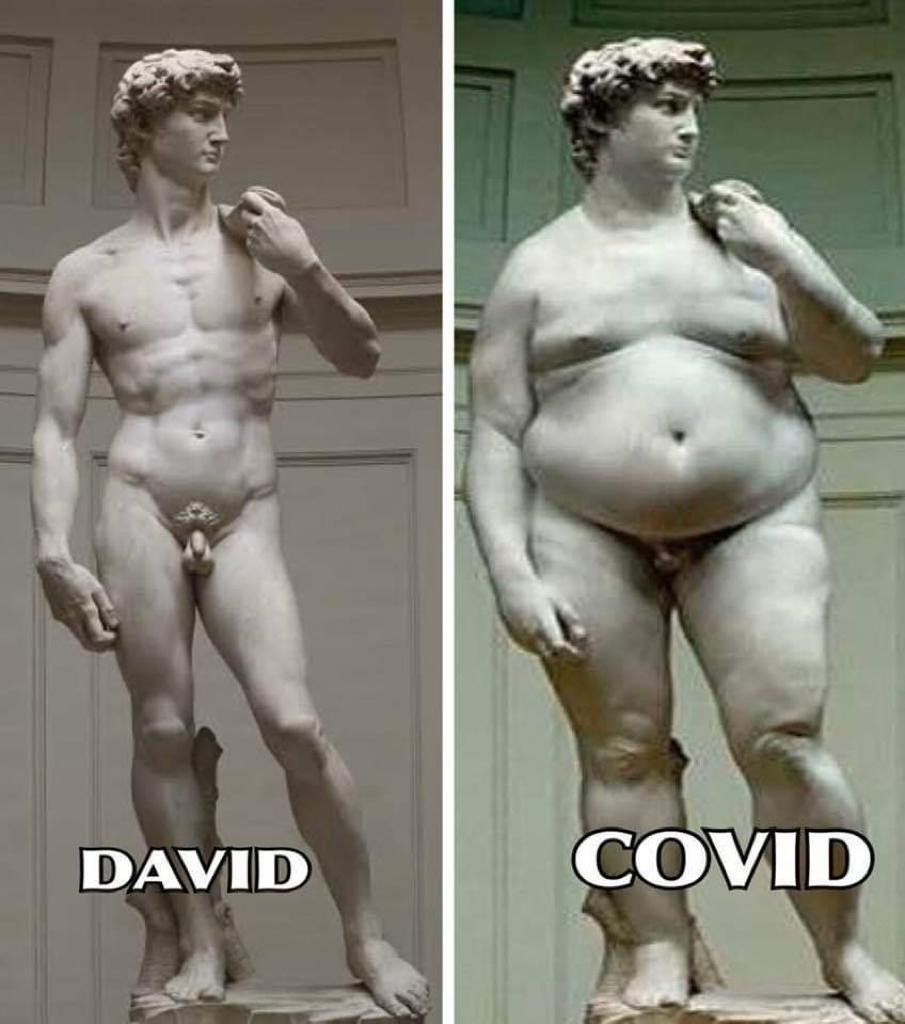 Recently I fessed to having a corner office on the 53rd floor of a swaggering bank tower in downtown Toronto where I can see across Lake Ontario all the way to Nova Scotia.

The point is, I’m not there. Nobody is. Empty floor. Everybody – all my suspender-snapping portfolio manager smartypants colleagues and their assistants – are at home. Working remotely. Zooming, texting, VPNing, phoning and emailing each other and the clients they care for. The corporate overlords shut the place in March. Then the entire giant, 68-story edifice closed. People were told they’d go back at the end of May. Didn’t happen. The mayor begged employers in the downtown core to keep employees away until September. And the betting now is that just a trickle will return, even then.

So, yes, it’s a changed world. When this pandemic is finally over it’s only rational that a corporation which functioned 100% okay for six months with a dispersed workforce will rethink things. After all, people at home buy their own hand sanitizer, pay for their own connections, power their own A/C and arrange their own toilet paper.

The rethink, however, may go beyond how much pricey, leased space an organization needs. How about what people are paid?

Facebook’s Zuckerberg kicked this conversation into overdrive by telling 48,000 associates in May that people working remotely, living in the boonies where things cost less, could expect a pay adjustment. Down. The rationale was simple. First, the pandemic has gutted business models, wiped out profits and made corporations think hard about survival in a changed world. Cutting costs, reducing structural overhead (rent, salaries, benefits) is essential. Second, equity. If people can work from a location where real estate costs 50% less than in Menlo Park, or SF, or 416 or YVR, they should pocket less than colleagues in the city. Only fair. After all, no commuting, cheaper rents or prices and a lower cost of living.

This is but one result of the pandemic we’re all living through. Over the last four months so many new realities have emerged. Empty city cores. Commercial real estate doubts. Millions on government benefits. Remote employment. Mass mortgage deferrals. Hardened provincial and national borders.

The longer the virus hangs around the more certain that structural change will ensue. The latest news from the US is grim – record new cases in several areas, a surprise restriction of inter-state travel to places like New York and New Jersey and a warning from the famous Dr. Fauci that America is suddenly losing the Covid battle – truly bad tidings for the president. Meanwhile global infections are spiraling higher, thanks in part to the rightist dinglenuts who runs Brazil.

So while a lot of Canada is virus-free and the curve here was pummeled down, we’re not immune to the broad implications. Mr. Market signaled that on Wednesday, taking a dive lower after a breathtaking ascent of 42% since the end of March. Pandemics are temporary, and this will pass. But 2020 might mark the end of certain things. Fun air travel. Conventions. Adele and Drake concerts (there are benefits, too). Sixty-storey condos. Commuting. Open offices. Airbnb. Expect higher taxes and lower immigration. Structural unemployment. More government. A raft of business failures in 2021. Tighter credit. And a significant impact on real estate.

This week CMHC was at it again, warning people not to misinterpret the current burst of housing activity resulting from 90 days of pent-up demand being unleashed, particularly in Toronto. We should expect “severe declines” in both sales and construction activity, it said. How could it be otherwise when unemployment sits at double digits and incomes have taken a hit? The agency says it will be two years before things might restore to pre-Covid levels.

“We do not yet have a grasp on the answers to questions, such as the impact of greater work from home, differing impacts across industries, the effect of less mobility across provincial boundaries and the decline and immigration following cutbacks and international aviation,” it adds. CMHC also suggests rents will be fading with fewer immigrants, more difficult mobility within Canada and a ton of new condos coming to market which were started prior to the virus eating society. Lower rents are the last thing hundreds of thousands of amateur landlords need – people already stung by negative cash flow.

Meanwhile, especially in the GTA, it appears to be greater fool time. Sales are increasing, prices are inflating and June could set a new record for valuations. That’s the result of plunged inventory, cheap mortgages and hormonal demand after the markets was Covid-crushed in April and May. If you’re caught up in this, believing the faerie poop Remax is peddling, be careful. Logic tells us this won’t last. Normal is not close by.

On Wednesday StatsCan released a report on what the virus doing to the economy, and the lasting impact. “The degree to which COVID-19 results in permanent layoffs will have a major impact on how the pandemic affects Canadian workers over the longer term,” it concludes. “Looking back over recent decades, at least one in five Canadian workers who was permanently laid-off experienced earnings declines of at least 25% five years after the job loss.” BTW, Westjet laid off 3,300 more people today. And Canada just lost its Triple-A credit rating.

Next week is July. When the virus hit there was snow in the air. We’ll still be talking about the damn bug when the leaves are gone. So, don’t buy anything big. Borrow nothing. Build your financial reserves. And really suck up to your boss.