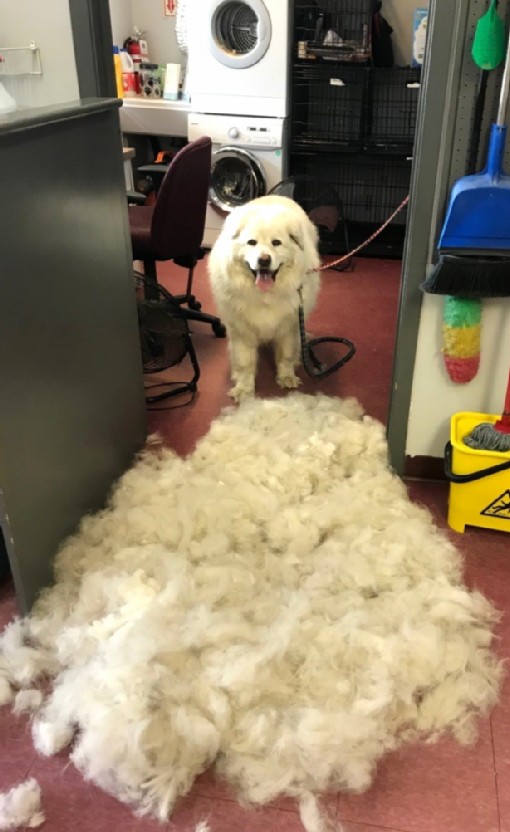 The financial media briefly had a cow yesterday when Canada lost its perfect credit rating. This blog chose to bury the news in a riveting post about, well, we forget the topic. Anyway, it was outstanding.

Why kinda ignore the Triple-A thing?

Because it was so inevitable. We may be the first western economy to get slapped around by a bond-rating agency over Covid, but nobody here should be surprised. The Trudeau government has spent more money than Drake did on his new bathroom – a deficit of maybe $300 billion by the time the year’s out. The accumulated debt will pass $1 trillion. Mr. Socks-&-Whiskas will go down as the spendiest PM ever.

In response to the news from Fitch the Canadian dollar swooned a little, but shrugged it off. The next day Bay Street had already forgotten, and stocks traded higher. Bond yields actually went down, which was the opposite of normal. Downgrades should mean higher interest rates. Not this time.

The raters said this: “Pandemic lockdown measures and depressed global oil demand will cause a severe recession of the Canadian economy.” Our debt-to-economy ratio will zip from 88% to 115%. So, yes, the country’s finances are starting to look just as pooched as those of most Canadians.

But wait. This sounds serious. So why is even the Parliamentary Budget Officer – a wily, suspicious, dark and rebellious figure – saying, “it’s not that big of a deal in my opinion, and not something that comes up as a big surprise”?

Because it’s not. We keep an AA rating with Fitch and a better one with the other two big credit-rating agencies. Ottawa will have no more difficulty flogging its debt. The dollar wasn’t too whacked. Of course, long-term, somebody has to shell out to pay the servicing costs on over a trillion in debt, but the Boomers couldn’t care less. It won’t be them.

So if Mr. Market isn’t vexing over credit ratings, historic debt and your financially-eviscerated grandchildren, what’s the focus on?

The restoration of economic activity. Period. Jobless claims numbers in the US announced on Thursday were okay. No big surprises. The virus is ripping through a few US states faster than anticipated, but that has not seriously stopped any of those regions from lifting social and business restrictions. In Canada the Royal Bank is lauding Trudeau’s CERB bucks, saying that they’ve moved us towards a “V-shaped recovery,” – exactly what the stock market’s been telegraphing.

Latest stats show a surge in consumer spending in the fist half of this month, as eight million people took their two-grand-a-month pogey and blew it. “We didn’t expect it to come back that fast,” says the bank’s CEO. “We’re positively surprised…”

No wonder. So far CERB has flowed more than $52 billion into the hands of those who claim to have been impacted by the virus – lost incomes, sickness, caring for others or child support. The impact has been astounding – from an average -25% income drop before CERB and when Covid hit, to a +16% jump in cash flow and a hike in spending.

“They are actually helping to simulate the economy with some of the extra cash flow,” the bank boss told a certain TV network that you should never watch (BNN). “So, from that perspective, you’re seeing those CERB recipients continuing to spend and not just save the money.”

Of course, it’s what Canadians do. Spend. Forget savings or paying down the debt that creamed you in the first place. The tat parlours are open again. How can you not go?

Well, there is a problem, however. The economic recovery may be moving ahead and will gather much more speed when Ontario lifts its state of emergency order and travel restrictions ease, but what about when the CERB ends? What happens to people making more moolah staying home than going to a job? After all, a husband and wife both on the Trudeau virus dole, plus collecting enhanced CB for a couple of kids can have a monthly (untaxed) income of almost $5,000. No daycare costs, either. No commuting. Not princely. But not poverty. Enough to ignite a V-shaped spending boom, apparently.

It’s also enough for people running restaurants, grocery stores, pizza palaces, factories and retail outlets to have jobs go begging. Enough for students to work a few weeks then quit to collect during the rest of the summer. Enough to do serious damage to the work ethic. Just as masks and distancing are shredding the social one.

The dawn is coming, yes. Do not discount the cost.

About the picture: “I’m a long time reader and fan of your wit and wisdom,” writes Enzo. “We’re tucked away in the southern gulf islands between YVR and Victoria weathering the storms comfortably thanks to your sage insights.  My nephew sent me this photo and claimed that it was taken after the brushing.”