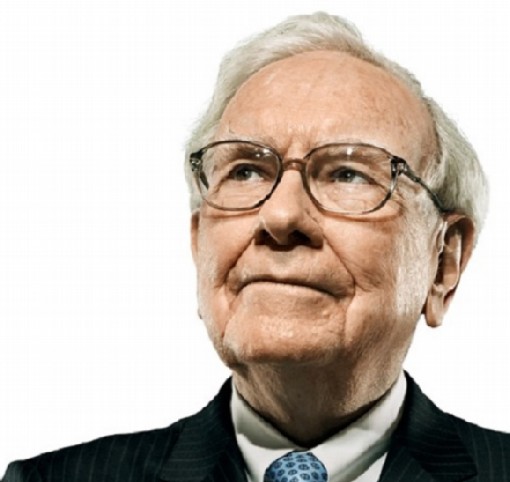 There are many famous Warren Buffett stories, but perhaps my favourite is the one told by his first wife, Susan Buffett.

As the story goes, one day when Susan was sick she asked Warren for a bowl for her bedside because she was feeling nauseous. Warren banged around in the kitchen and eventually came back with a colander. Frustrated, Susan explained that this wouldn’t work because it had holes in it. Warren returned to the kitchen, banged around some more and returned with the same colander but this time on a cookie sheet.

Such is the impossibility of trying to decipher the mind of a genius.

Though much has been written about Warren Buffett, perhaps those who have deciphered him best, at least in terms of his approach to investing, are David Clark and Mary Buffett (Warren’s daughter-in-law).

Their many books on Warren contain great insight into his techniques and approach to the market. While too numerous and complex to detail in their entirety, one surprisingly straightforward factor that contributes to his investing success is simply this: he buys old companies.

Why? Because Warren likes companies that have predictable products and predictable profits. And a brand-name product or service that’s been around a long time, preferably decades, gives a company a durable competitive advantage, which usually results in better and more consistent performance. Warren’s famous explanation of why he likes Wrigley’s chewing gum, which was first introduced in the 1890s, perhaps says it best: “I don’t think the Internet is going to change how people chew gum.”

David Clark and Mary Buffett detail his preference for old companies in their book The Warren Buffett Stock Portfolio:

Why is OLD so important to Warren? It has to do with the product or service the company is selling. Take Coca-Cola for an example. Coke has been manufacturing and selling the same product for well over a hundred years. It spends very little on research and development and has to replace its manufacturing machinery only when it wears out. This means that the company gets maximum economic use out of its plants and equipment before it has to replace them.

Now, I don’t highlight this passage to recommend buying Coca-Cola stock—my preference for broad-based and diversified ETFs, as well as my Raymond James compliance department, prevents me from making this recommendation. However, I do highlight the passage to emphasize the importance of considering a company’s age before investing in it. It’s certainly not a complicated strategy, but nevertheless, all things being equal, buying older is better.

Indeed, when I looked at the components of the S&P 500 and ranked them all by ‘years of incorporation’ and simply split the Index in half, the oldest half has outperformed the youngest half over both the past five years and the past 10 years. Unsurprisingly, these older companies have also been less volatile. (Looking at periods longer than 10 years gets problematic as the number of data points gets scarcer as too many younger companies actually don’t have 15-, 20- or 30-year trading histories.) What’s even more remarkable is that the youngest half contains a large proportion of high-flying information technology and consumer discretionary stocks such as Netflix and Amazon. Yet collectively, the old fuddy-duddies, like Johnson & Johnson and Kroger, still came out on top overall. In fact, virtually all of the top-10 oldest companies were incorporated prior to 1900 (some prior to the Civil War!).

The youngster in the top-10 was Eli Lilly, but even this company was still incorporated over a century ago in 1901. (To put 1901 into perspective, there were fewer than a million phones in use in the US and carrier pigeons were still sometimes used to send messages.) So, clearly, in terms of business models, any companies that’ve been around for a hundred years or more must know a thing or two about creating and offering successful products and services.

I further examined how this older-is-better approach has infiltrated (albeit somewhat unintentionally) our own portfolio management at Turner Investments. In particular, with our Canadian equity exposure. For many years now we have taken a non-benchmark approach to the Canadian equity market, overweighting an ETF that minimizes volatility and dramatically limits energy exposure. However, as it turns out, this ETF also contains companies that are much older on average than those in the overall S&P/TSX Composite. Unsurprisingly, the ETF that we selected has strongly outperformed:

So, Warren Buffett, as usual, was right. Older is better.

And finally, this came in my junk mail this week. Could there be a surer sign that Covid-19 is becoming a normalized part of our lives? I hope that they’re all actually smiling under those masks… 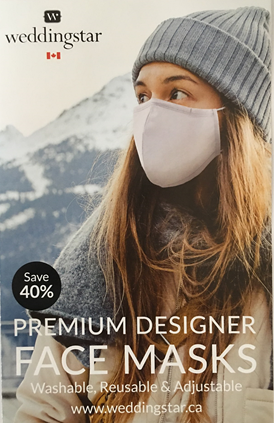 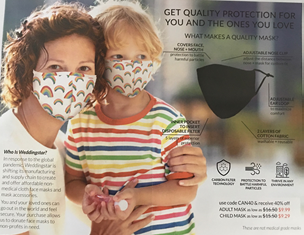