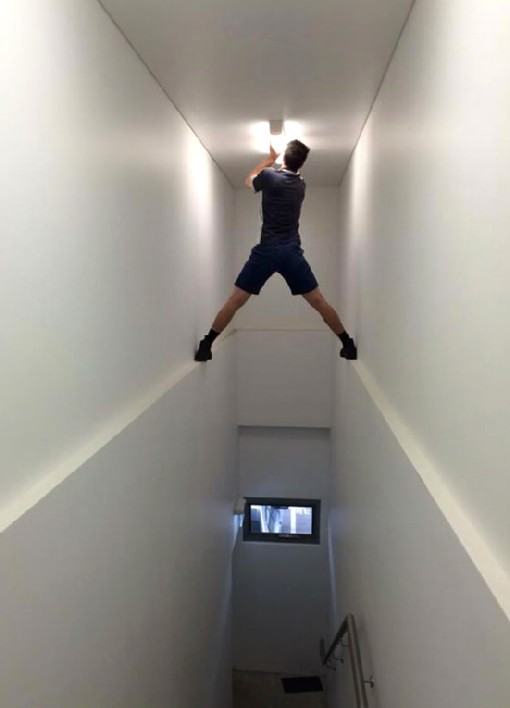 Check out the latest commentary from financial author and journalist Michael Lewis:

Just before a panic, all is well—usually more than well. Then the panic strikes, chaos ensues, and a dramatic status upheaval commences. People who were on top of the financial order plummet to the bottom. People whose opinion was most valued are now ridiculed. Others who were on the sidelines race onto the field of play. The guy out in the wilderness who had been saying for the past four years that the good times were an illusion and a sham is wheeled in to take a bow and then hustled off stage, so that everyone else can regroup, and the whole process can start over again.

Lewis has perfectly outlined the recurring characteristics of any market panic. But, in truth, it’s not actually his latest commentary. The passage above was written in 2009 following the financial crisis. But his observations of market crises, as we sit in one presently, are timeless. The specifics change each time, of course, but the main features remain identical.

Has Covid-19 followed a different pattern from other crises? Not really.

First, was all “well” or even “more than well” prior to Covid-19? You bet. The S&P 500 had advanced 29% in 2019, its second best calendar-year performance of the last two decades, and was up a whopping 400% overall from its 2009 lows. Meanwhile, the labour market was basking in a miniscule 3.5% unemployment rate and the US economic expansion had reached a new record in terms of duration. In short, things were fantastic.

Secondly, are people with the “most valued” opinions now facing embarrassment and ridicule? Yes sir. Here’s a sample of some of the 2020 outlook reports that I reviewed prior to the onset of Covid-19.

Fiera Capital, a respected asset manager with billions in assets worldwide, predicted we’d see “a revitalization of global growth” in 2020 and had this to say about equities:

Equities should continue to thrive on the back of both multiple expansion (ample liquidity/improved sentiment) AND earnings growth (stemming from a reinvigorated growth backdrop). Despite trading near all-time highs, multiples are not extended by historical standards, while unnerved investors have positioned defensively through 2019, which offers the opportunity to redeploy elevated cash and bond positions back towards equities that offer a compelling value proposition.

And here’s what the esteemed BMO Global Asset Management team had to say at the start of the year:

[We] expect continued global expansion underpinned by three economic drivers:
* Labor market strength
* Accommodative monetary and fiscal policy
* Stabilization in the manufacturing sector
A fourth driver of markets, and perhaps the least predictable, will be political developments in 2020.

Well, so much for labour market strength and a stable manufacturing sector (ISM Manufacturing at one point this year dropped into the low 40s). And BMO also entirely missed 2020’s fifth, and really only, market driver—a global pandemic. At least BMO was right about the accommodative monetary and fiscal policies, but I doubt that they had any clue that “accommodative” would mean interest rates at zero and US$8 trillion worth of stimulus.

And, finally, Credit Suisse, which globally manages a massive US$1.4 trillion in assets, bullishly raised its S&P 500 target to start 2020 and then fired out this rosy strategy report:

Credit Suisse: the wrong forecast that (accidentally) may be correct…

Now, I don’t pick on these asset managers and strategists in particular—almost everyone had bullish outlooks at the start of 2020 and no one cited ‘global pandemic’ as a risk. Our own Turner Investments outlook report was also optimistic and made no reference to viruses of any kind. However, I actually wrote about the dangers of trusting year-ahead outlooks a few years ago on this blog. I cited New York Times columnist Jeff Sommer who highlighted the following:

Since the start of 2000, The Standard & Poor’s 500-stock index has ended in negative territory in five calendar years (2000, 2001, 2002, 2008 and 2015) and has been virtually flat once (in 2011). But while a handful of individual forecasts have, from time to time, predicted mildly negative years for stocks, the Wall Street consensus in every single year since 2000 has predicted a rising market.

In other words, Wall Street forecasts for this year, or really any year, are deserving of ridicule.

Next up in the Michael Lewis market-crisis playbook: the appearance of the perma-bears.

Naturally, there’s been no shortage of pessimists patting themselves on the back in 2020. Some, such as Nouriel Roubini (aka, Dr. Doom) are even doubling down. Roubini is now warning of a 10-year depression. While such predictions stoke fear, the vast majority of the time these doomsayers are actually contrary market indicators. And, naturally, as the market has roared back over the past three or four months, Michael Lewis’s other observation—that the pessimists will be quickly “hustled off the stage”—is also proving accurate. But don’t worry about Mr. Roubini, he’ll survive. 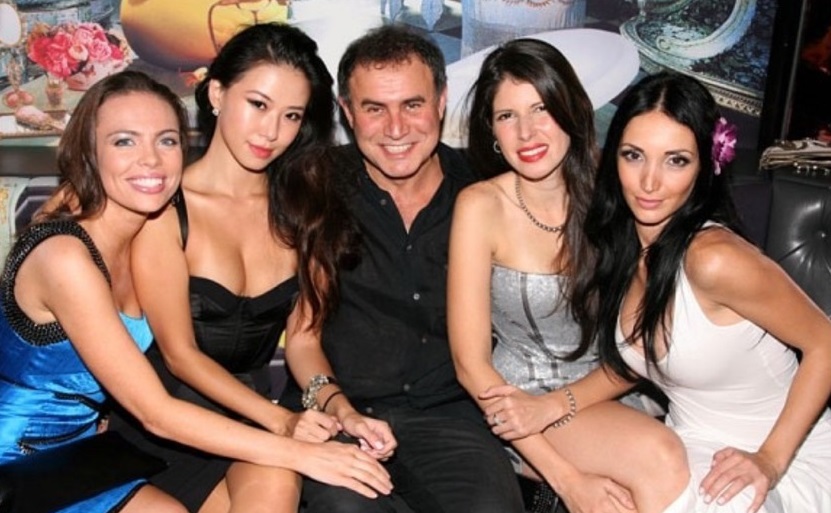 So what does all of this mean? It means that every market panic, though unique in its own way, follows a familiar pattern. Things will be good, often very good, and then suddenly they won’t be. And almost no one will have accurately predicted the transition. The perma-bears will then take a victory lap, usually stoking more fear as they do so, and soon disappear. Finally, the market itself will “regroup” and rally. And every five or 10 years, we’ll do the same thing all over again. Bon Jovi said it best: it’s all the same, only the names will change.

However, through each market panic what’s most important is 1) having a balanced and diversified portfolio to begin with (remember: you’ll never anticipate the next crisis—if the investment behemoth Credit Suisse can’t do it, you definitely can’t) and 2) remaining invested once the crisis is underway. Why? Because trying to time your way around a panicking market is futile. Either your exit point or your re-entry point will be incorrect, likely both.

Further, be conscious of investment horizons: if you can be disciplined in the face of a crisis and play the long game, making a profit eventually becomes almost a certainty (see chart below).

So, once you recognize that the basic characteristics of market panics repeat themselves each time, you’ll deal with the next one like Bill Murray dealt with “Ned!” in Groundhog Day—you’ll (metaphorically speaking) punch it right in the face and keep on walking.

S&P 500: probability of a positive return 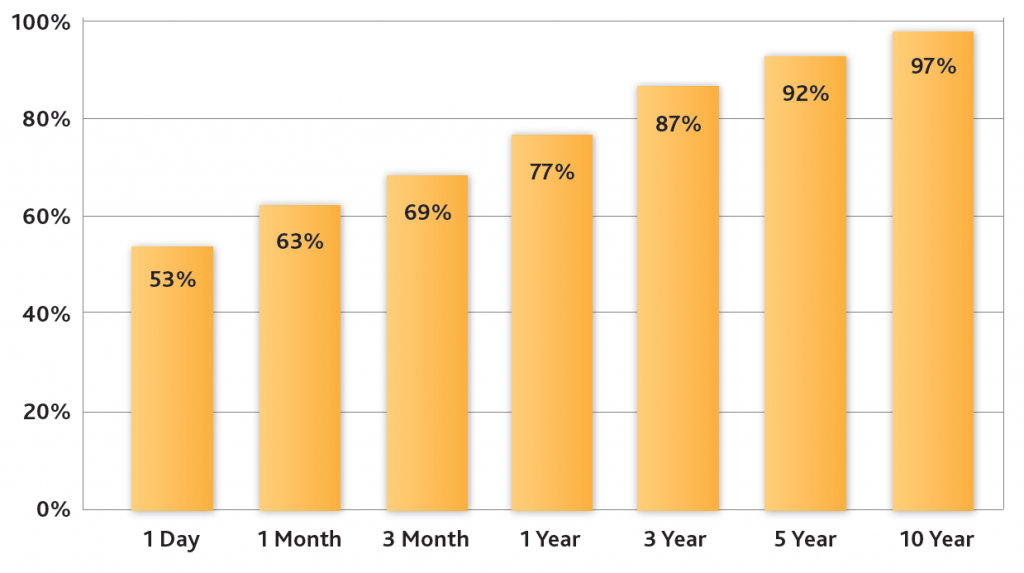