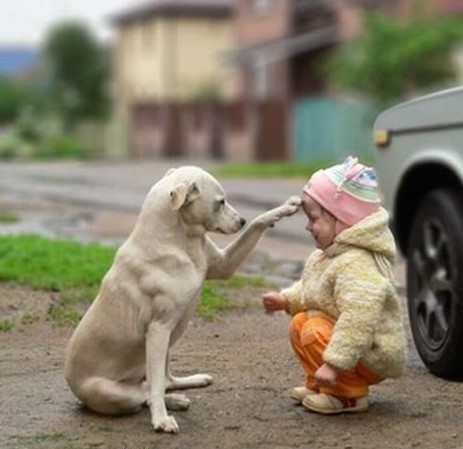 There was a time I believed in gold.

I saw it as a noble defender against inflation which steals the worth of paper money. Anonymous currency you can covet, hide in the back garden and use when the zombie apocalypse arrives. Portable insurance against war, pestilence, insurgence, revolution, chaos, social disintegration, asset confiscation, mayhem or market collapse. A storehouse of wealth that’s eternal. The only sane defence for when sanity’s restored and money is again backed by something real. A last resort and shield from fiat madness and the blind, misplaced trust of sheeple who have no idea what pain will ensue when the debt hammer falls or governance fails.

Then I grew up.

Experience is a powerful teacher. None of that stuff has happened in my lifetime. Odds are overwhelmingly that none of it will. The lesson on precious metals was simple: they’re volatile, emotional rocks which sometimes thrill and more often suck away net worth.

But here we are. The kids have switched from gobbling Tesla to Hoovering gold. The lesson of buy high will have to be learned once again, it seems. An ounce of gold is now worth a little more (in US$) than it was nine years ago, Back then in 2001 there was a debt crisis debate going on in the US, the American dollar fell and PMs advanced. The advice of this blog was stark: sell and take your profits. The response was as expected: you’re nuts. This baby is going to the moon. It didn’t.

Déjà vu. All of the old golden juices are flowing again. And the outcome will be the same.

Now, before proceeding, there’s a reason gold (and its poor cousin, silver) are seldom topics of discussion here. This asset is just as tainted and distorted by emotion as is residential real estate, except it’s basically useless. You can’t live in it. Bullion pays no dividends or interest. Outside of urban centres it’s essentially illiquid. It’s hugely volatile and vulnerable to currency fluctuations. This is not an asset most people should own.  If you need exposure, the best way is through a fund that contains stock in producers. The dumbest way is to hold the rocks themselves. And, no, gold is not money. You cannot exchange it for food at the supermarket or fuel at Petro-Canada. And you never will.

Mostly, however, PMs are not a topic here because of the delusion of those who own some. They are smitten, blinded and myopic. They buy and never sell. They turtle during those long periods when the metals do nothing, or decline, then rush to proselytize when it revives. They trot out 50- and 100-year charts to prove their obsession and acumen, yet almost never do any of the devotees cash in on those temporary gains adding to their net worth. So, no, gold is not a practical investment asset, either.

It’s the stuff you fashion into an altar in the furnace room, then slip downstairs to be quietly, secretly thrilled. Until you grow up.

So what’s going on now that gold has achieved the price of $2,000 an ounce (significantly below its 2011 level when inflation is considered)?

Is this because the world economy will collapse during an unprecedented pandemic? Because of Trump and the increased likelihood he will abrogate or ignore the coming election? Civil unrest and street rioting in America? Climate collapse? The demise of Europe or the growing odds of a US-Sino armed conflict? No economic recovery coming? Pas de V?

Nah. It’s all about the greenback. When the American dollar goes down, commodity prices go up. And gold is the poster child for that.

This from Scotiabank chief economist Derek Holt, who’s a good egg. Smart, too.

Why is gold rallying? Purely because the USD isn’t. Be wary regarding other potential explanations as many of them offer up internally inconsistent narratives. Almost to the day that the US went into shutdown, the USD began to depreciate starting over the latter part of March. The FX market looked at the shutdowns and immediately began pricing a recovery. The USD has depreciated as part of a smoothed risk-on bias across asset classes that has embraced higher-risk alternative currencies. As the has dollar fallen, it’s now the case that 1,900 greenbacks have to be given up in order to buy an ounce of gold versus just 1,500 toward the start of the year.

But is gold also rallying because of a feared pandemic blow-out? Because of concern that the global economy is stumbling or will stumble again? Because of concern that excess stimulus is being tossed onto the economy with inflation around the corner and the Fed might have to turn around sooner than generally believed? These scenarios would generally be cause for the USD to appreciate, not depreciate. In short, don’t take gold’s rally as a sign that something awful lurks ahead when it quite arguably represents the opposite despite a confused narrative that seeks to throw all possible explanations at the wall hoping they can all stick when in reality they lack internal consistency with one another.

In other words, this is probably another golden head fake. Just like all the others. Given the collapse in interest rates, including bond yields, and a 50% jump in stock prices, a bunch of money is looking for something else to hunker down in for a while. It moved into PMs. It will move out again. This is not the big reset. Don’t buy into it thinking you’ve just outsmarted the central banks.

And if you own PMs that have popped in value, you know what to do.

But you probably won’t.