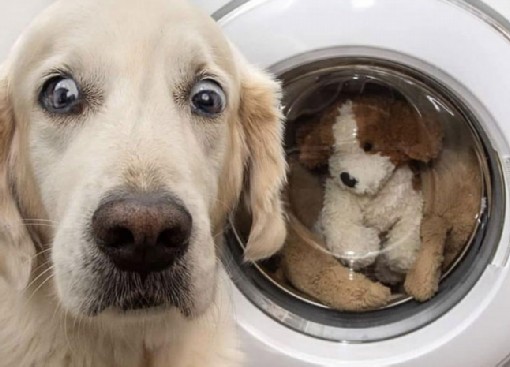 If you’re a wuss, these are tough days.

Not only do you need to fret about being infected while shopping for prunes at Loblaws, but the whole financial world seems, well, nuts. The stock market might have jumped 48% since the end of March, rewarding risk, but savers and equity scaredycats have been seriously whacked by Covid.

In fact the decline in returns on guaranteed assets has been breathtaking. Especially at the banks.

Since the virus came to town and CBs responded with emergency rates, savers have seen their investments sink into negative territory. GIC rates have collapsed by about half – from levels that were already punishing to the prudent.

For example, the banks now pay roughly 1% to lock up money for five long years in a non-cashable GIC. There are a couple of outliers, like Tangerine, which still pay a little over 2%, but that’s unlikely to last. One-year rates have sunk to between 0.5% and 0.6% at the banks, while a cashable GIC (if you can find one) is down at 0.45% for a one-year term and 0.6% for three years. Ouch.

This is a disaster for the no-risk folks. The inflation rate, even in a pandemic with eight million people on the dole, is 0.7%. As the economy reopens and spending picks up, this will rise again – likely to the central bank’s target rate of 2%, then beyond. So anything paying less is underwater. Plus, if the GIC is not in a registered account like a TFSA or RSP (and what a tragic misallocation that is) the piteous dribble of interest is also fully taxable at your marginal rate. Even worse, on a multi-year GIC you must pay tax on interest you have not yet received. More ouch.

How long will this last?

Ages. The next central bank rate increase is widely expected in the first quarter or two of 2023, and that’s if we get a vaccine in 2021 with much of herd dosed within the following twelve months. This will allow the economy to more fully reopen, the airplanes to fly full, concerts, pro games, cruises, business meetings and conventions to resume, hotels to fill, malls to populate and the tourism industry to revive. Growth, along with higher rates and better yields, will return – but so will inflation. In fact, with governments spending bazillions of bucks now, you can be assured the cost of living will expand.

For savers this means a neverendum exercise in tail-chasing. Savings rates will eventually, slowly increase, but so will living costs (and likely taxes). Even if a GIC ends up returning a glorious 5% in 2025, the CPI will probably match it. The real return could be zero – which is an improvement over the negative yield savers are now receiving.

So, unless you have a few million to nibble your way through during two or three decades of retirement, you need to change. Stop fearing everything. Understand that by absolutely eschewing risk you’re also waiving off growth, opportunity and a more secure financial life. Don’t underestimate the amount of income you will need after you retire (never, ever believe this myth that retirees can exist on CPP, OAS and unbridled sex), or the number of years you’ll live. Retirement calculators abound, so use one. If you save little during your working years, you’ll probably need to replace almost all your income when you stop. From that deduct the government pogey and whatever corporate pension you might have (most people have none) to establish the shortfall that investment income must cover.

Now run the numbers. A nestegg in GICs paying less than inflation means your capital is exhausted even before your libido is. But a portfolio with a long-term return of 6% or 7% (the average for a balanced and diversified one over the past half century) could mean a forever income stream, a richer life, and some dough left for your ungrateful offspring.

There are lots of good alternatives to brain-dead guaranteed investment certificates. Shares in the big banks are sometimes clobbered by events (like Covid) but they always recover, pay a juicy dividend four times higher than a 5-year GIC, with lower taxes. By the way, our big six banks have never missed a payment. Preferred share values have also been whacked by lower interest rates, but they keep on turning out a 5-6% income stream for investors – and as rates rise in the future (they will – this is the bottom) so will capital values. Best to access these through a diversified pref ETF. Plus you pay less tax than with interest.

Over the past decade we’ve experienced everything but asteroid attacks and locust plagues (actually there are several infestations at the moment). A US debt ceiling crisis. Two oil price collapses. Trade wars. Brexit. Trump. Adele. Hong Kong. Impeachment. Extreme weather. Drake. And a global pandemic. Through it all, a B&D portfolio has returned just over 7%. Incredibly, there are lot of people who – freaked out by the 2008-9 market turmoil – have been in cash or near-cash assets for the past eleven years. They basically have the same money now that they did in 2010, while the guy with a balanced portfolio has doubled his.

Yesterday we talked about the bullion-lickers who buy gold because they believe the world’s ending, we’ll turn into Argentina, or markets are rigged. Many are blinded by their distorted world view. Ditto for the savers, the GIC-afflicted, the insanely risk-averse and those traumatized by headlines.

Don’t stay on the margins. Never let fear be your guide. Act to achieve a goal, not to avoid a threat. Don’t gamble. Do not recoil. Trust what’s coming.