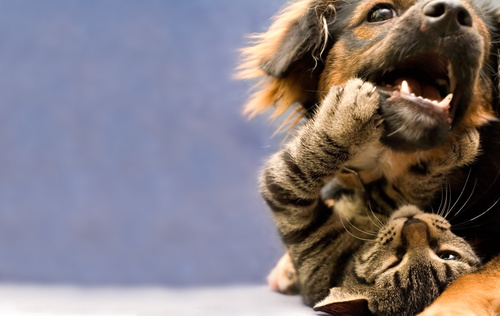 Donald Trump went to Kenosha, that small city in Wisconsin where a police officer shot a black man in the back seven times, igniting protests, violence and, ultimately, death. The visit was not designed to invoke calm. It was a symbol. As such, perhaps a turning point in an election like no other, in a year without equal.

Markets have been digesting the worst recession since the 1930s, Depression-era unemployment numbers, crushed interest rates, unprecedented government spending and the first global pandemic in a century which by November 3rd may have taken 200,000 American lives – they are all real.

Despite that, equities have surged 50% since March and sit near all-time highs. Some companies – Apple, Tesla, Zoom to name three – have exploded in value. Day-trading is the rage of Robin Hood-loving novice investors. There’s a real estate boom all over everywhere (except Alberta). Despite a big, smoky hole in the GDP and millions on government benefits plus an historic public health emergency, Trump could win. That event would cap 2020 as the year of infinite irony.

This was the news out of financial giant JP Morgan yesterday. Strategist Marko Kolanovic wrote a report reflecting a growing sentiment on Wall Street that Joe Biden could be smoked, not for economic reasons, but emotional ones. Lots of people are afraid of violence and disorder. Talk of defunding police scares them. It’s a threat, and the master of social media, Trump, knows it. Hence the Kenosha trip. Turmoil serves him.

The strategist muses that a seismic shift of five to 10 points in polls, from Democrats to Republicans, could occur if the public perception of protests morphs from peaceful to violent. That’s a big change from three months ago when Black Lives Matter won widespread support and the president’s approval rating slumped. Kolanovic also argues polls showing a Biden lead could be inaccurate as people lie. Apparently that happens. Imagine.

“Certainly a lot can happen in the next ~60 days to change the odds, but we currently believe that momentum in favor of Trump will continue, while most investors are still positioned for a Biden win.”

Okay, so what does this mean to your portfolio? (This is not a social justice blog, remember. We care only about filthy lucre. And dogs.)

First, what if Biden’s numbers are solid and he wins the prize? Does this open the door to American socialism and a tax fiesta?

Since the polls have telegraphed a Biden win for several months, and markets have steadily marched higher, the Democratic threat seems muted, if it even exists. Remember that equities are forward-looking and they have not bought the Trump warning that stocks would “disintegrate…drop down to nothing” is Joe is President.

What about taxes? Biden has proposed to roll back a big chunk of Trump’s corporate tax cut, raising the rate to 28% from the current 21%. That would hurt profits and slow economic recovery coming out of the Covid crisis, but this also has been brushed aside by investors as a negative outcome. It’s too unreasonable that anyone would jack taxes and damage a recovery that cost trillions of public dollars to create. JP Morgan says this, actually: ““We see Biden winning as neutral to slight positive.”

And what if Trump succeeds?

Well, what you see is what you get. He is no longer an unknown, dark, looming question mark. The market knows him now as a pro-growth, nationalist, inflationary business protagonist. Often flaky, unpredictable, impetuous, divisive and disappointing, nonetheless he extended the Obama recovery to achieve full employment, record markets and corporate bliss.

In short, for Wall Street, Bay Street and your balanced portfolio, this is no black-&-white contest. Either guy, about the same outcome. As my buddy Ryan has detailed here in recent weeks, the US economy has actually done a little better historically under the Dems. And Biden is no wild-eyed young reformer.

So what’s the threat?

Uncertainty. Like twenty years ago when the Bush-Gore slugfest took ages to settle, during which time the market tumbled 12%. Given Trump’s statements about mail-in ballots being ripe for fraud (no evidence of that exists) plus his reluctance to say he’ll accept the electoral outcome have raised this specter. If he doesn’t win, will he not leave anyway while an army of lawyers swarm losing states? That would suck.

Don’t gamble. Putting too much net worth into a few stocks – especially the inflated ones – would be foolhardy. So would rolling the dice on forex, or jumping onto precious metals. Stay invested in a balanced way, with 40% safe stuff and the rest spread out globally – between Canada the US and international. Buy low-cost, liquid major market index ETFs. Don’t hunker in cash, silly HISAs or comatose GICs. 2021 will be a year of virus recovery, reopening, growth and catch-up. Rising global growth will likely kick up commodities, and fuel Bay Street. And once a proven vaccine emerges and spreads, stand back. Eruption. 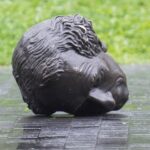 BTW, be glad you live in serene Canada. Don’t lose your head.