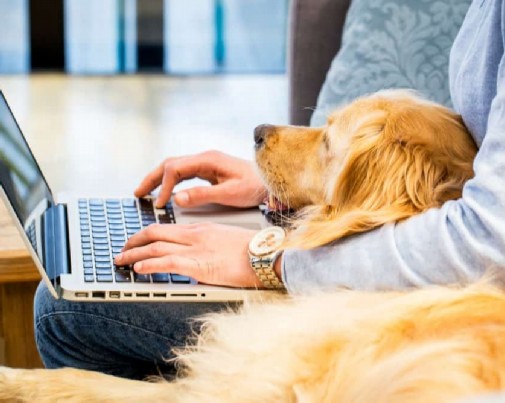 Two days ago we detailed the housing boom now gripping North America. It’s everywhere. It’s real. It both defies the pandemic and feeds from it. It’s potentially dangerous. And buyers need to be incredibly careful. For this has the potential to turn on a dime.

As stated, there are valid economic reasons for the surge (cheap mortgages and pent-up demand), but mostly the phenom is emotional. Nesting. Cocooning. Dog bonding. The flight to security in an insecure world. Fear of the virus. Most of this has been fueled by remote working. Time will surely show this is a temporary thing that most people believe is permanent. Big mistake.

Did you see the latest clickbait survey?

A new poll (ADP) found almost two-thirds of Millennials hate the office. Instead they prefer flexibility, a Zoom existence with only the occasional visit to the cubicle farm. But they expect to be paid as usual. Naturally. Seventy per cent say flexibility should come with full compensation. A quarter of the remoters are afraid of catching Covid at the office, which is interesting since the national infection rate is currently one third of one per cent. Thanks, media.

Okay, so trend No. 1 fueling the housing market is an altered perception of ‘home’. Now it means a Leave-it-to-Beaver, leafy street with detached houses and minivans, rather than sleek condos in a hip urban tower with a bicycle elevator. Remote employment makes people want more space, privacy and physical comfort, since home is work and work is home. It’s led a lot of folks to borrow excessively and spend immodestly.

Look at central Toronto, for example. In August average prices increased 26%, sales were ahead 38% and four in ten properties sold for more than the asking price. This is ridiculous during the month of the year traditionally peppered with vacations and sloth.

Trend No.2 is also emotional at its core. The flight to the burbs. It’s a meme now, and outer-urban areas – like Toronto’s 905 belt, or the sprawling suburban areas around Montreal – are seeing strong sales and popping prices. The biggest stumbling block to moving to Mississauga, for example – commuting and spending four hours a day on the clogged QEW – is gone. At least for now. And as the survey above shows, a ton of Mills think it’s gone forever.

For example, Zillow found in the States (same conditions as here at the moment) sales of both urban and suburban homes are brisk. And about equal. DOM comparable. Above-asking sales the same. Average price increases similar. Detached prices are growing faster than those of condos (as here), and this is the summary for real estate searches:

Suburban home listings are not seeing any more attention on Zillow than they were last year, relative to urban or rural listings. Suburban homes made up 62.2% of all Zillow pageviews of for-sale listings in June 2020, down just slightly from 62.6% in June 2019. Urban and rural pageviews each climbed 0.2 percentage points from last year

In Canada condo inventories are up, thanks to a whack of new units hitting the market, the collapse of Airbnb and the shutdown of Landlord-Tenant boards which led to non-payment of rent and panic for many amateur landlords. Of course, the virus has impacted too, since masks are now mandatory items even when heading for the garbage chute. Ugh.

Having said that, condo prices are not falling. Detached inventories are running higher. And the prices of SFHs are, frankly, outrageous. The amount of additional debt required is scary. When all those buyers today with sub-2% mortgages are renewing in 2025, well, it might be a shock.

Can the work-from-home, I-loathe-the-office, suburban-no-commute thing carry on indefinitely? Even post-Covid? In a neo-Zoom world?

Meanwhile, pandemic job loss, restructuring of industries, curtailing of immigration, no-school child-care woes and the ending of epic government cash and mortgage deferrals have yet to be felt by the housing market. Emotions, like FOMO and cocooning, can start a real estate fire. But to keep burning, it takes employment security and confidence about the future.

Moisters hiding from the boss in the guest bedroom? It means we’re not even close at the moment. Govern your urges accordingly.