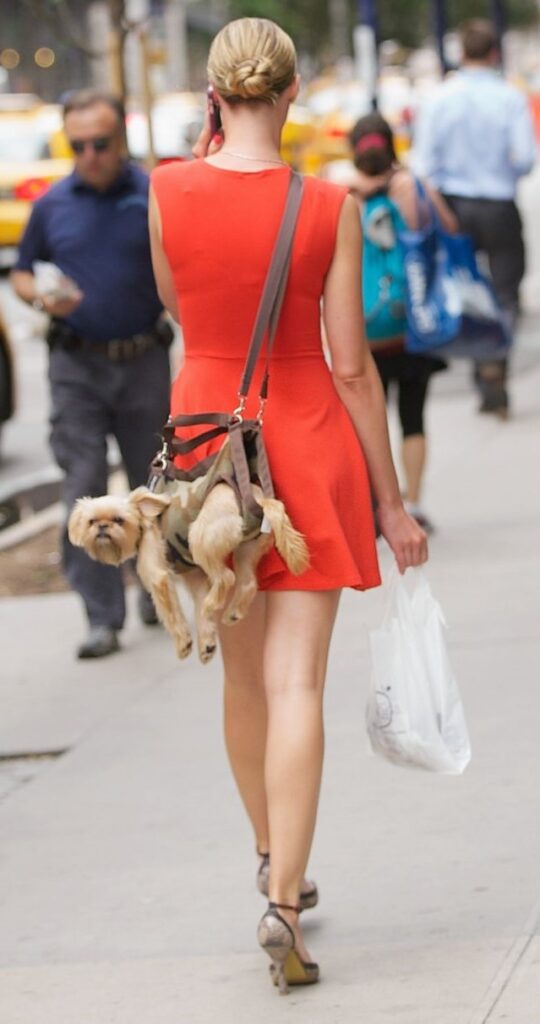 Would you live in 455 square feet? Or pay six hundred thousand bucks to do so?

Nah, didn’t think so. That’s less space than a decent garage. Thirteen hundred dollars for every 12 inches of it. Plus monthly fees, insurance premiums, utilities and property taxes.

But thousands of these micro-condos have been built over the past few years, eagerly gobbled up by investors, especially in DT Toronto. And why not? They turned into money machines. Eighty per cent financing at cheap rates. Big rents charged – $2,200 a month or more. Airbnb revenues of $150 a night possible. And annual price jumps of 5% or better, while the tenant paid down the principal. An endless supply of new Canadians oand students flooding into the city as renters. Ka-ching.

But that was BC. Now, after the pandemic hit, everything’s changed. Those little pads are wealth traps.

Airbnb is moribund and illegal. The students went back to mom’s. Immigration’s down 70%. The employment pool for renters – in restaurants, bars, hotels, or downtown offices – dried up. Fear of infection made elevators, lobbies, corridors and other common spaces scary. Rents began to fade, and are now plunging. People don’t want to live in a tiny pied-a-terre space when everything’s closed – the pool, the sauna and gym plus the downtown hot spots, clubs and concert venues.

It’s a perfect storm. Thousands of investors. Vacancy rates rising. Lease rates falling Competition for tenants. Negative monthly cash flow. And now, a tsunami of listings. In urban Toronto there’s been a 165% increase in micros for sale. Prices have started to fall – about $10,000 a week. The sales-to-listing ratio sucks. It’s a total buyer’s market. Make an offer and odds are you’ll get a deal. Or wait two months and get a better one.

Ahem. Remember how this blog told you to stop your daughter from buying a weensy one-bedder because she “wanted to get on the property ladder.” Well, she’s on it now. Going down.

More news worth knowing: The World Bank’s chief economist says the pandemic will morph into an economic crisis, “with very serious financial consequences.”

“This is a war,” she says. “During wars governments finance their war expenditures however they can and right now there are dire needs. The scenario we are in is not a sustainable one.”

That means central bankers, like the ones running the Bank of Canada, can’t just continually print F-150s full of money to truck over to politicians, like Justin Trudeau, to throw randomly at society for virus repair. The accumulation of debt is monumental and must be temporary. Stimulus programs, quantitative easing and massive bond-buying programs have got to cease. When they do, bond yields will rise, mortgages won’t be so cheap and incomes will drop. Yup, could be a financial crisis for the unemployed and the vulnerable, even with a vaccine.

Maybe the World Bank is full of it. Perhaps this is just common sense. It was inconceivable a year ago Ottawa could run a $200 billion deficit in just 12 months. But now it’s $350 billion. The more money that’s printed and spent the greater the odds all dollars become worth less, bringing inflation and higher prices even as the economy’s in a funk.

So don’t expect this little bug-induced real estate boomlet to have legs. It’s impossible. The conditions creating it were both unique and temporary. The rush to Hicksville is a myopic as the abandoning of the downtown core. The belief government has your back is misplaced.

The pandemic will pass. Normal will creep back. And many will be shocked it’s not different this time.

Posters to this pathetic blog’s steerage section routinely diss the Toronto equity market. So let me share a note from my suspender-snapping, Porsche-driving, hot bottom portfolio manager buddy Ryan. Of course, we’ll start with a chart: 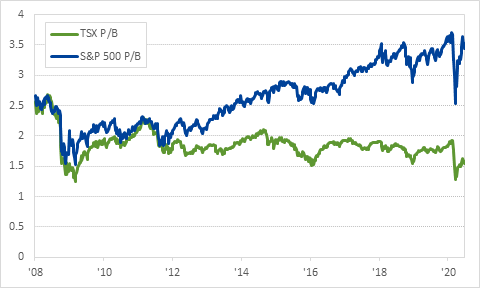 “Just updated my valuation charts for the S&P 500 and TSX,” he says, “and boy the US markets are expensive and Canadian markets are cheap!

He gets it, of course. Once again, pandemics are temporary. There will be therapies. Vaccines. Global growth will spurt higher. Commodity demand will take off. Prices inflate. And you’ll be so happy that you own the TSX.