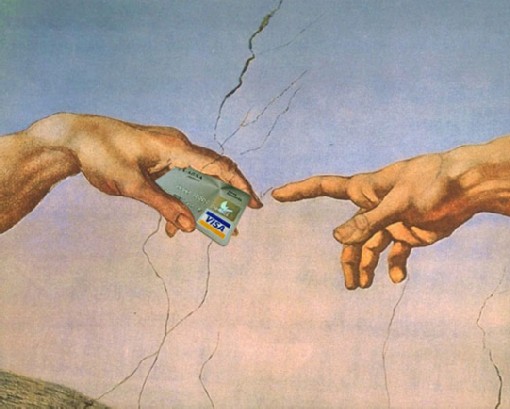 Personal debt must certainly be the most popular topic of online financial-advice articles.

Googling ‘financial planning’ will produce about as many articles related to debt management as Googling ‘reality TV’ will list members of the Kardashian family.

In other words, personal debt is an overexposed topic in the financial-advice universe.

So overexposed, in fact, that I bet you can already predict the images that accompany these articles: perfect lighting, laptops displaying pie charts, calculators, cups of coffee, maybe suited-up advisors helpfully pointing at something? If only personal debt problems were actually so neat and tidy.

And God as my witness, I wrote the above before my first ‘financial planning’ Google search produced this pic (admittedly, no calculator): 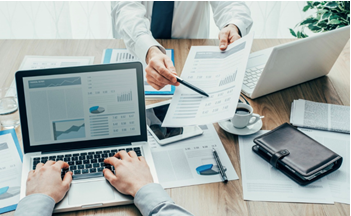 Unfortunately, we’re also too familiar with the hackneyed debt advice that’s offered by these write-ups: pay off your most expensive debt first, consolidate debt, create a household budget, spend less than you earn, and so on.

However, I want to present the subject of debt in a different way, not by providing another self-evident step-by-step guide to managing it—do your own Google searches for that—but rather by highlighting a few behavioural and attitudinal changes that we can make to better understand and deal with it:

We found that [credit card] users who exhibited a stronger present bias reduced their debt less than users with a less strong bias. Moreover, users who appeared to be aware of their own behaviour managed to stick with their original [debt reduction] plans much better than those who appeared to repeatedly tell themselves they would save more for debt paydown in the future.

So, when considering debt: 1) be open minded to the perspectives of both lenders and borrowers—this helps control resentment and bias towards either side; 2) always make it habit to factor in the cost of your debt—this immediately brings awareness to how debt corrodes wealth accumulation and 3) before following simplistic advice (pay off your credit card debt first, etc.) gain the self-awareness to recognize how your own bad behaviour is contributing to your debt problem—and this, actually, is probably the best first step to solving any problem.

Once you’ve done all of the above, then—and only then—can you start searching for debt-management articles featuring pictures like the one above.

The more laptops, pie charts and cups of coffee the better.

Finally, I can’t tell you exactly how long the current US recession will last, and it’s certainly discouraging that the country’s still well entrenched in a Covid-19 second wave with the cold winter months still to come. However, keep perspective. Equity markets have strong momentum, government and central bank stimulus is almost certain to continue and the prospect of an approved vaccine always lies on the horizon. And history has clearly shown that recessions are brief and economic expansions long. It seems impossible to believe some days, but the current recession will end and the economic expansion that comes after, will in all likelihood, last far, far longer:

Length of US economic expansions and recessions 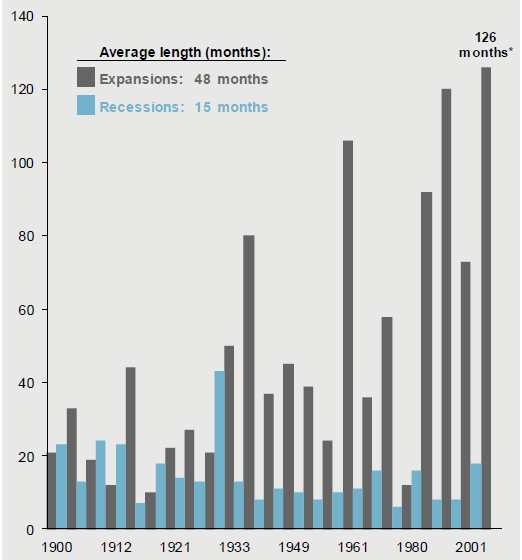