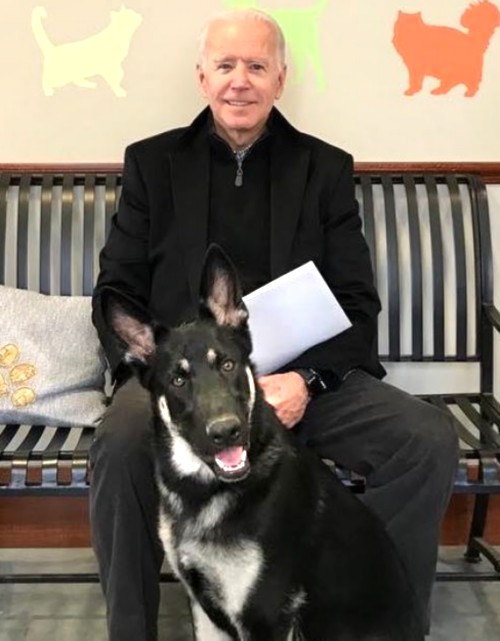 On a day when fresh Rona cases topped 100,000 (again) and the central bank kept the emergency taps open, America lurched towards a new leader. A great country it is, but messed up. As Robin Williams once said, Canada’s location is the equivalent of a really nice apartment over a meth lab.

So the big blue wave never happened. But neither did MAGA. Looks like a Democrat-run House and Republican-led Senate will be working with the other guy in the White House and Trump’s Supreme Court. How the lame duck president will react to this is not entirely clear. But there are 68 million people who voted for him and a lot of them are pissed. Waiting for direction. And they have guns. Many, many guns. Big ones. And pickups. Camo underwear too, likely.

Maybe 45 will surprise us, embrace peaceful transition for the greater good of the country, and slink back to NYC. Nah, me neither. But we can hope.

In any case, the stock market has been on an election tear, once it became clear (a) Joe Biden would squeak in and (b) the Dems would not control Congress. Shooting the lights out have been the Dow, the S&P 500 and the Nasdaq. Investors poured back into tech, the FAANG companies and health care.

Despite higher jobless claims, a presidential contest that could still turn into a brawl, recession, unemployment and a pandemic arguably out of control, up she goes. Investors with US equity exposure (should be about 20% of your portfolio) are giddy. Hell, even Bay Street’s on a tear – adding 300 points as I write this.

So, howcum? How does this make any more sense than, say, middle-income Canadians snapping up million-dollar houses with 10x leverage while the economy tanks?

Second, this means Trump’s corporate tax cut will probably stay intact – and that was a major fire-starter for Wall Street. Third, no blue wave means breaking up tech giants like Apple or Amazon (part of the Democratic agenda) is unlikely to happen. So the Nasdaq has erupted.

Fourth, stimulus. It’s coming. Biden will push for a package worth about $2 trillion and while the Senate may water it down, there’s now no political reason to hold the thing up. This will goose the economy, put more cash into households and worm its way into the capital markets. Before Christmas (if they let us have one).

Fifth, but with a divided Dem-Rep Congress there’ll be less new government spending than Biden might want. So the betting is the Fed will make up the difference with more QE and sustained low interest rates. For a long time. Markets love cheap money.

Sixth, no contested election. Investors figure Trump’s blustering, his tweets, the groundless charges of electoral fraud and his spate of specious suits are all theatre. After all, the guy got four million fewer votes than Biden, and still thinks he should have won. Maybe in his world. Not in this one.

Eighth, personal tax increases are far more uncertain now that the Senate is red. The Bidenettes wanted to jack the bill of everyone making over 400 large, which is just so damn un-American. And, Ninth, it’s over! (Almost, sort of.) After a two-year, vitriolic, low-class election campaign, the balloting is behind us, even if the counting and grousing remain.

Now, of course, the hard stuff begins. The virus promises to be seriously ugly over the next two to four months. That could temporarily gut the GDP, spike the jobless rate and make Trump’s head explode. He’ll be all over Biden like a jilted, jealous, malevolent ex.

After that, Mr. Market sees the promised land. A vaccine. Good therapies. Global growth. Restored profits. And a president who is mercifully, thankfully, gratefully, finally a total bore.