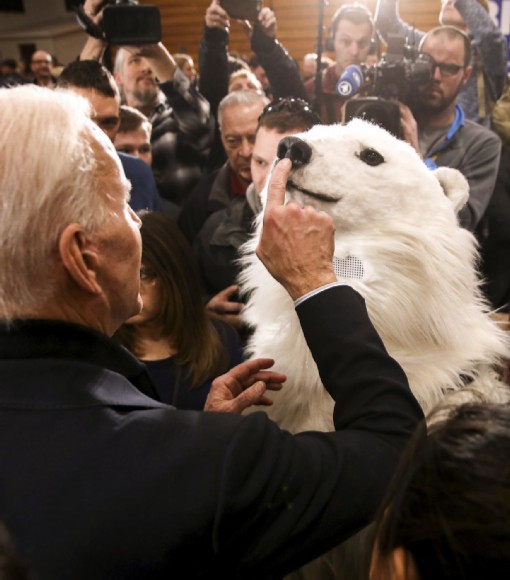 When they were still counting ballots last week Mr. Market was telling us Biden would win. After that Trump speech in the White House briefing room, he had to. How sad.

What did the big stock rally last week foretell?

Lots. Markets hate uncertainty, and finally the era of unpredictable, disruptive, quixotic leadership was coming to an end. Second, nobody outside of Trumpland or the Faerie Kingdom of QAnon believes Joe Biden is a socialist, or a Trojan horse for the radical left, or senile and destined to croak/crack by summer, or that commie Kamala will soon be the President, which was always the game plan.

Biden, Mr. M thinks, will not send the economy into a Depression, allow rioting in most major cities, defund the cops or turn America into North Korea. It’s just a shame, and dangerous, that 68 million people actually believed this crap. Just as they swallowed whole the fiction about all pre-election polls being rigged, secret ballots being shipped into counting rooms and dead people turning out in drives to cast their votes. Trump is utterly discredited. His law suits are meaningless distractions. The Republican establishment will disown him before long. He is so gone. And perhaps, soon after leaving office, will be in unfathomable legal and financial trouble.

Now, what’s all this mean for you and your portfolio? 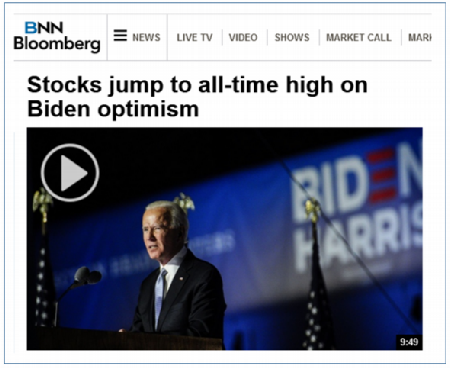 Monday morning: futures on the Dow surge more than 1,000 points on the Biden win taking markets to a high surpassing that experienced during the brief but raucous Trump tenure.

First the bad news. The virus. Trump supporters will deny it, but the guy is directly responsible for making Covid a political issue and letting it run wild – especially in red states. Cases have erupted. Up 54% in the past two weeks, and now routinely over 100,000 a day with a thousand deaths. Canada’s sliding, too, of course, but it’s the American economy we’re all obsessed with.

Biden’s first challenge is this. Task force named on Monday. By January things could be far worse, and it is possible lockdowns occur in all major US hotspots. Could we see troops on the streets enforcing it? You betcha. But we also see a firm hand dealing with the pandemic, leading to economic healing. Mr. Market likes that.

The good news is that this pandemic suppression will come with a massive stimulus package. As Trump is discarded and ignored, the Congress and Senate will support a multi-trillion-dollar tsunami of aid, supported by buckets of QE from the Fed and even negative rates. Of course, not tackling the virus with this naked aggression, while a vaccine is approved and finally goes into production, would be an American disaster. If Trump had won, the deaths may well have been in the millions.

In short, you will probably not like this winter. Bond yields will fall, volatility will flare, unemployment will go back up, stocks will gyrate and the news will be worse than in April. But the Biden brake will be far better than the Trump gamble. All reasonable folk know that. 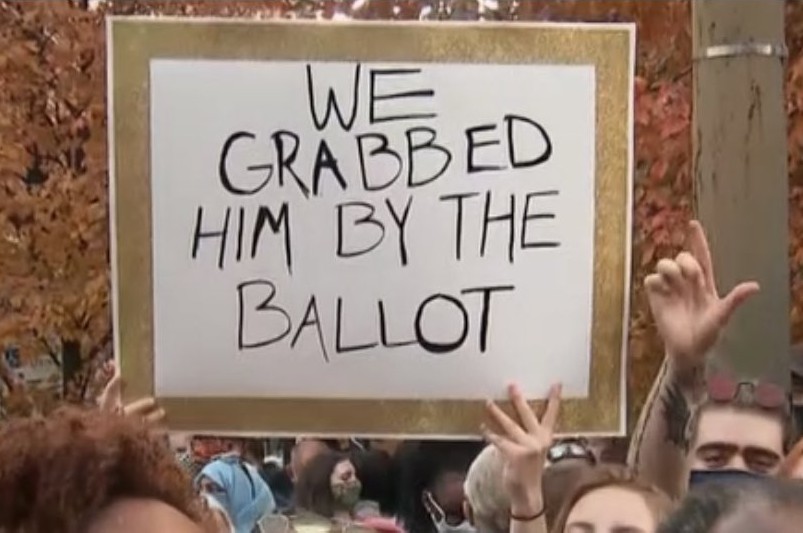 If you have that famous B&D portfolio, absolutely nothing. Your bond values will rise if equities fall and meanwhile the preferreds and REITs continue to churn out income. What’s about to happen is noise, not change. Stay the course. Turn off BNN. Learn to play sax.

If you’ve been waiting in cash to buy when others are bleeding, the moment may come. Stock markets cascaded 30% lower when Covid arrived. Yes, it was temporary, but great assets were seriously on sale. Could happen again – but look at today’s investor jubilation.

If you’re a saver, terrified of financial markets and with all your wealth in a HISA (Hilariously Idiotic Savings Account) or a GIC (Grossly Inadequate Certificate) your returns will be less than zero. Inflation will eat you. Taxes will finish you off. Unless you already have a million or two, this fear will also demolish your future security. We’ll say it again: the biggest risk people face is not losing money in an investment that declines, but running out of it. Especially women.

Real estate? Be careful. It’s a time to sell and reap, not buy and roll the dice. This flight to the burbs and into debt could be a road to regret.

Biden is a good thing. No Trump is a blessing. But he’s not gone yet.

And can this year end soon enough?