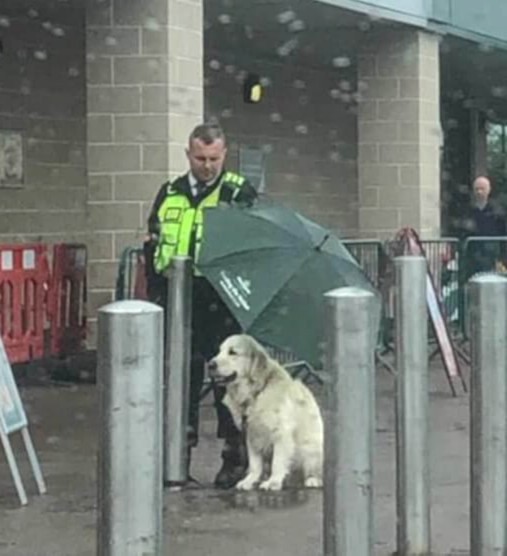 The day during which the second Covid vaccine was announced seems a reasonable time to do this. (A Biden presidency + Pfizer + Moderna = 30,000 Dow, by the way. I hope you have stayed invested.)

This blog is a free speech zone. Sort of. All comments are moderated, which means they pass through a filter. That would be me. Routinely I punt people for things like profanity, racism, appalling taste or vile ad hominem attacks. This is a subjective process, which means some souls have been denied publishing solely because they tick me off.

Here’s one now. This guy’s been banned three times using different names, most recently when he tried to hurt me after the death of Bandit, my animal companion.

Your blog, your right to ban, I’m not going to argue. Plus, I know my post was over the line. I write for a living, put time and thought into a lot of those comments under several user names. To see them ghosted without a word was unfair.

Regardless, I’d like to give some feedback. You have an illustrious political financial blog/social media career, and are successful by many measures (not the least of which being highly respected and maybe even loathed in some circles). Despite this, your blog comment blocking, deleting, warning and banning hierarchy is too arbitrary for so popular a blog. It’s undermining the blog’s quality–I can see it in other posters comments as well.

Maybe no one has told you this, maybe they have, but people come for the comments. Your posts are a great and essential catalyst, but the comments section belongs to all of us.

You’ve killed off two or three of my usernames now, but I keep coming back (you can’t ban anyone who knows IT stuff). But I don’t want to disrespect you, so I’m going to try to stay away. But if you asked, I know a majority of steerage would urge you to allow Attrition, GBiddy, Disenfranchised, and I forget my other user names…to return.

I’ve written and published dozens of professional income producing blogs, you have something wonderful here. But in my experience, when moderating comments you only ban people for lies and hate, not their opinions.

Over the last few months aliens visiting this site would have noticed it – the crowding-out and bullying, plus the replacement of opinion by edict. Trump did that. Or, at least, what some people think Trump means, stands for and epitomizes. His supporters, sycophants and admirers have tried to dominate the discussion, to call those in disagreement commies or Antifa and create a huge cleave between right and left. Sure, the lefties got their shots in, too. But the guys arriving here in their F150s with camo undies, ballistic vests and flags flying dominated. Until I started shutting it down.

Next came the Covid’s-just-the-flu meme, purposefully diminishing the deaths associated with the virus. That continues, even as cases pass 11 million in the US and we face lockdowns from Grand Prairie to Peel. Now the anti-vaxxers are here, saying they’d never take a shot, that vaccinating kids is child abuse and, because only old people get Covid and die, it’s no big deal.

As you probably know, disinformation is the currency of our age. It gets people elected, influences public policy and allows outbreaks to become pandemics. In America over 70% of Republicans, who made up most of the seventy million people who voted red, believe the US election was rigged, despite a paucity of evidence. They swallow the presidential tweets, Fox News and Steve Bannon, plus the thousands of sites that truck in conservative conspiracy, QAnon and evangelism.

Should this blog be a part of that? Does the need for free speech, unedited and authentic, override the filter of reasonableness? Is it okay for a site like this – associated with me, my reputation, background and professional colleagues – to hand over blog real estate to people scoffing on the graves of virus victims, questioning democracy or fomenting resistance to public health?

Moreover, why would I do that?

This is not a commercial site. It has no advertisers, no income stream, no financial agenda, no products to sell. Nobody pays me for clicks or eyeballs. The purpose is to inform, educate and enlighten those who stumble upon it. It’s a volunteer effort as I, Doug, Ryan and sometimes Sinan churn out original content seven days a week and hope every single post is of value to somebody. It’s free. And it will remain so until the day GreaterFool folds.

Do not hasten that.