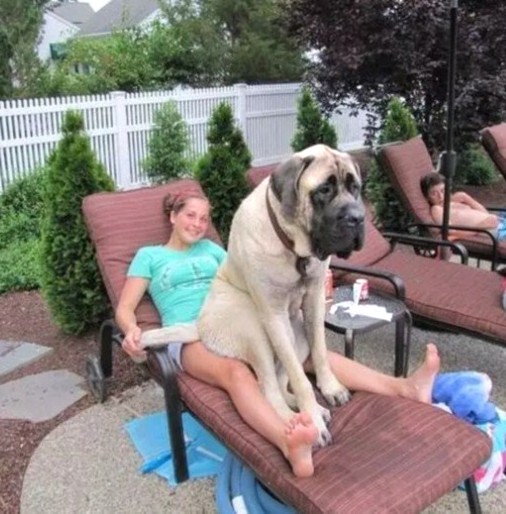 Here’s why the next six months (thank dog) will not be like the last.

First, we got vaccines. Pfizer and Moderna. There will be more. Millions and billions of doses will be manufactured over the next two years and jabbed into a majority of the humans alive. This will allow the airplanes to fly, the Maple Leafs to lose before a live crowd, business travel and conventions to resume, restaurants to fill and, sadly, Drake to perform again. Economic growth will resume. Demand for commodities will surge. Canadian equities may even outperform.

Second, no Trump. The ascent of the Biden administration in January will ease global trade tensions, bring predictability to the most important economy and, yeah, this will also be good for Canada.

Third, if you think stocks have been impressive in 2020 (in spades) then you’ll love the next two years. We’re in for robust growth in the GDP, in jobs and corporate profitability as the pandemic fades from view. This will also bring inflation, especially given the insane amount of government and CB spending.

Fourth, remember that pledge by the Bank of Canada not to raise rates until 2023? Fuggedaboutit. The vax and Biden just changed everything. Bond yields have already been rising as investors shift from the warm womb of debt into the buzz of growth assets. Home loan costs this week may be at the lowest point ever, with five-year money set to rise in the coming month or two. Someday your little children will stare at you, all innocent and glassy-eyed and say, “Tell us again, pappy, about when five-year, fixed-term conventional residential mortgages were in the 1.5% range.” You will tear up a little. 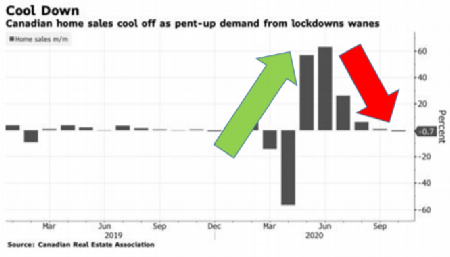 In other words, all that pent-up virus demand from the spring was unleashed in an unsustainable gush during the summer and has now clearly played out. The folks who want to buy have bought. The cheapo mortgage money effect has dissipated. All those misguided people who fled the city for towns where moose, cougars and beaver roam are gone.

In the wake of this real estate mania we are left with even-more-unaffordable prices, new historic levels of household debt, falling urban rents and a growing pile of condo listings where eroding valuations may impact the entire market as mortgage costs increase. In short, Covid has screwed up real estate even more.

Finally, federal officials are now saying everybody in Canada will likely be offered a vaccination by the end of 2021. Seems reasonable. The pharmas have been manufacturing doses even while the stuff is being tested. Ottawa pre-ordered zillions of doses. So widespread inoculations could have this slimy little pathogen on the run sooner than most expect.

Now won’t that be a surprise for those who moved out into a caribou pasture and thought they could WFH until retirement? Downtown cores will start filling again. The office towers will repopulate. And in a year or less the boss may be calling, saying your bum is required in a chair at work three days a week. Good luck getting out of the cabin in 2022 for what you paid during the pandemic panic of 2020.

Says CIBC economist Benny Tal (usually a housing bull): “The level of activity seen in the summer months was unsustainable and reflected aggressive utilization of pent-up demand. Now it’s back to reality for housing, and growth from here will be more consistent with overall economic growth. Therefore look for additional softening in activity during the winter.”

Back to reality. Sigh. Did you ever think those words would ring so sweet?