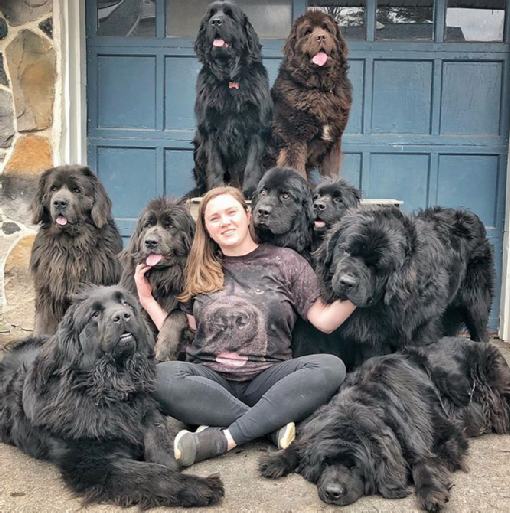 It was mid-October when Jake told me he wanted to be an investor. “I drank the Kool-Aid,” he said on the phone. “I’m a Garth believer now and want that balanced portfolio. Now, let’s do this.”

So I got him some new accounts – TFSA, retirement, non-registered. Wrote a plan. Did a presentation. Secured approvals. All cool. Until the US election. And the conspiracy theories. Then Jake flipped out. He wrote:

I have decided that in light of the volatile times in the markets at this time, I want to delay our start. I’m afraid and would like to wait and see how things are looking with the transition of power in the States after the New Year. I’m concerned the money you would invest for me is dropped into the markets all at once rather than a chunk at a time over a period of months. I’m just not comfortable with all the volatility going on right now thanks to uncertainty of the election outcome.

What changed between the time he wanted to invest and the moment he balked? Trump, of course. The baseless theory of a rigged election. When reasonable people (and the markets) were dismissing the allegations as fiction, others couldn’t resist the siren call of conspiracy. The age of disinformation claimed another victim. Today Jake is still sitting on the sidelines, while two new Covid vaccines have proven to be over 94% effective, Joe Biden is moving decisively towards inauguration and the stock market has surged 7% higher.

Will there be more volatility to come? You bet. But we all know where we’ll be in a year or two. Steady Eddy president Biden. Widespread inoculations. GDP growth. People on airplanes. Offices, malls, restaurants open.

The best possible time to invest? That’s when you have the money. Nothing’s changed.

Conspiracy theories have never had as much sway as today, thanks to unregulated, unfiltered social media devoid of social conscience. Democrats are pedophiles. Covid is a hoax. Trump won the election. The vaccines are poison. And we’re at risk of a Great Reset.

Ah yes. The Reset. This is the latest alt-right nonsense skidding around the online world, propelled in recent days by a Justin Trudeau speech, of all things.

So here’s the pitch from those who see the world as a giant struggle between good (them) and evil (socialists, liberals, progressives, climate advocates, BLM, social justice warriors, Tesla owners, mask-wearers, people using funny pronouns and probably women). They’ll tell you that the virus was likely engineered in order for a cabal of elites to foist global economic control over everyone under the guise of public health measures. Freedoms would be curtailed. Movement restricted. Political power centralized. Then laws enacted to break down national boundaries, socialize the economy and ultimately confiscate private wealth. Along the way currencies would be replaced with a digital version and CBs would take over failed private banks, absorbing their assets and wiping out personal savings.

So globalists like George Soros, Prince Charles, Klaus Schwab and Justin Trudeau could take over. Standing between capitalism and chaos was, of course, Donald Trump.

Now, how did Mr. Socks get messed up with world domination?

Plagiarism, it seems. Trudeau gave a speech to the US a couple of months ago in which he plagiarized Joe Biden’s slogan of ‘build back better’ and also the World Economic Forum’s current buzzwords, ‘the great reset.’ It all jived with T2’s personal agenda of climate change activism, female empowerment, social justice and inclusion. Besides, it sounded cool. The vid of that speech has been shared a few bazillion times over the last week, and now a mess of people think there is a Trudeau-Biden-Soros plot to enslave.

The Great Reset, by the way, started with a short thumper of a video about how to make a better society (greener, fairer, more equitable) from the World Economic Forum – which is a think tank of people who wish they mattered. It is – like our Governor-General – powerless, meaningless, utterly symbolic and slightly embarrassing.

As it turns out, today – November 18th – the WEF had an online conference on exactly this topic. “The profound shock of the COVID-19 crisis has challenged public confidence in the ability of leaders and institutions to prepare for unexpected risks,” the forum organizers said. “What new forms of cooperation, bold ideas and reforms are needed for business, policy-makers and civil society to build a more resilient world and restore confidence in leadership beyond COVID-19?”

Does that sound scary? In a world which was unable to deal with a slimy little pathogen in an integrated, effective way, where the wealth divide has never been greater, the climate is under stress and the most powerful elected official openly undermines elections, don’t we need a kick in the global ass? Maybe the big conspiracy here is the concerted efforts of the F150 deplorables to stifle debate by fomenting fear and myth.

Well, Jake’s still in cash. Waiting for chaos. The Great Reset soon to be another giant regret.