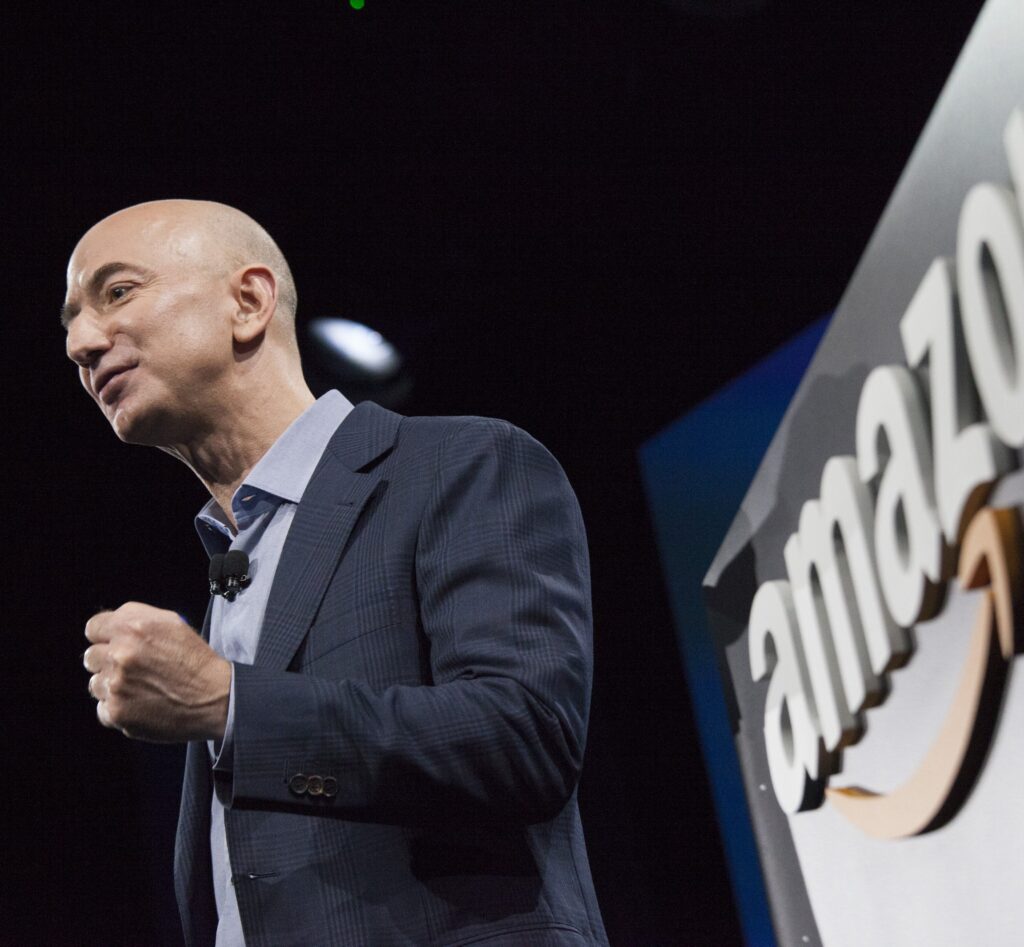 If you purchased Amazon stock at the start of 2020, my congratulations to you. After a more than 75% one-year return, no doubt some back-patting and celebrating are in order.

But the danger, of course, is attributing such a great one-time stock choice purely to skill. There’s no denying that an investor who purchased Amazon at the start of 2020 deserves credit, they did, after all, actually make the buy decision and might have even done a fair bit of research; however, true investing skill can only be established by demonstrating success repeatedly over multiple timeframes.

What most investors fail to recognize is that only a very small percentage of stocks actually drive the performance of an entire index. JP Morgan, for instance, calculated the distribution of returns going back to the 1980s for the Russell 3000 Index, a broad-based index containing small- and large-cap US equities, and determined that the vast majority of the index’s returns came from only 7% of its constituents—constituents that massively outperformed by many standard deviations. In other words, to consistently outperform, investors need to overweight these tiny slivers of index-driving stocks and do so repeatedly. Given these stocks always slim percentage of the overall index, the odds are overwhelmingly against an investor consistently doing this.

One only has to look at the drivers of the S&P 500’s performance last year to recognize the validity of JP Morgan’s research conclusions. The FAANGM stocks (Facebook, Amazon, Apple, Netflix, Google (Alphabet) and Microsoft) accounted for almost half of the S&P 500’s gains (see chart below). But it’s the S&P FIVE HUNDRED, right? Not really. Last year, it was basically the S&P FIVE or SIX. If you made a wager that didn’t include this small handful of stocks, your performance was crippled.

S&P 500 2020 performance almost cut in half without FAANGMs 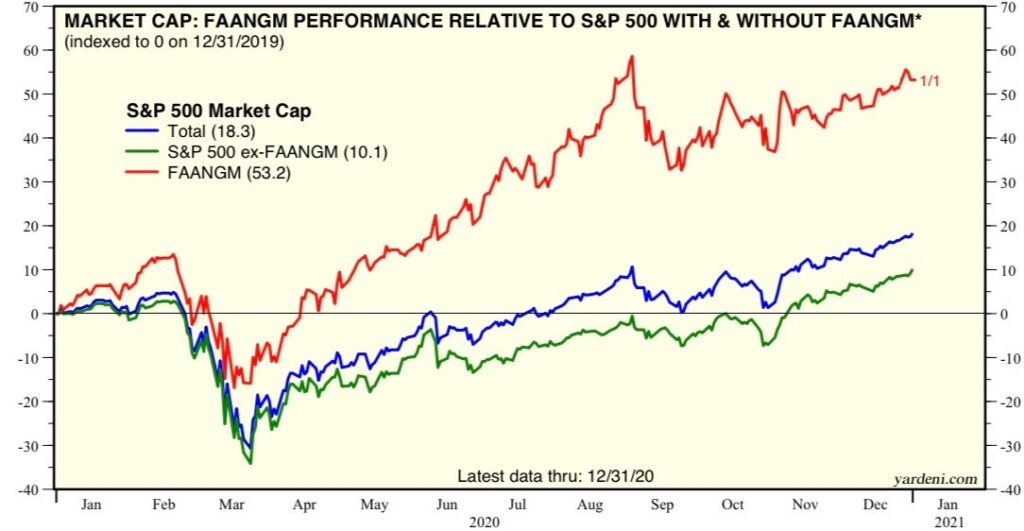 In other words, stock picking is extremely difficult. And the error of always attributing a short-term investment success to skill is usually compounded because investors also have a tendency to attribute their failures not to their LACK of skill but instead to bad luck. This behavioural tendency is known as self-attribution bias where successful outcomes are a result of internal talent, but bad outcomes are the result of external factors, e.g., bad breaks.

I’ve discussed the failure of well-known market commentator Dennis Gartman’s ETF before on this blog. His namesake ETF was ultimately shut down in 2013 due to poor returns and lack of investor interest. But Gartman’s back-and-forth emails with a Globe and Mail journalist show the full effect of his self-attribution bias. First, Gartman:

Dear Mr. Taylor [the Globe and Mail journalist], I read your note on my performance a short moment ago, and I have one or two major problems with your comments. Firstly, I was never contacted by you regarding my performance, although your note says that I refused to speak with you. That is simply not true…. [M]y performance was stellar in my Canadian fund until two instances in recent weeks wreaked havoc upon me. One was the surprise purchase of Marvel Comics, which was my largest short, by Disney and the second was the massive one day collapse of Molson’s on a day when its earnings were stellar and yet the stock fell 11%…. Regards, Dennis Gartman

The implication, of course, is that Gartman’s an otherwise excellent money manager who just got unlucky. The Globe journalist rightfully calls Gartman out on this:

Dear Mr. Gartman: It’s an inauspicious start to our dialogue that you call me a liar though I am happy to supply you with my cell phone records, which will show that I did indeed call you twice last week and left a message. I’m not lying, so please don’t say or otherwise imply that I am. We’re not going to get along at all if you do….. As for your pair trades and your unfortunate short sale of Marvel, who cares? The numbers speak for themselves. Sincerely, Fabrice Taylor

There are two effective ways to combat self-attribution bias: 1) recognize the incredible difficulty and low odds of regularly picking the stock market’s outperformers, especially over time, and 2) track carefully your failures in addition to your winners. By being transparent with yourself about your bad investments you reduce the risk of being overconfident and misinterpreting luck for skill.

Placing equal emphasis on your bad investments will allow you to put your ego aside and recognize that you’re probably not nearly as talented as the returns on your Amazon purchase last year might suggest.

Face it: you got lucky. Stop stock-picking. For most, the Amazon lightning won’t strike twice.